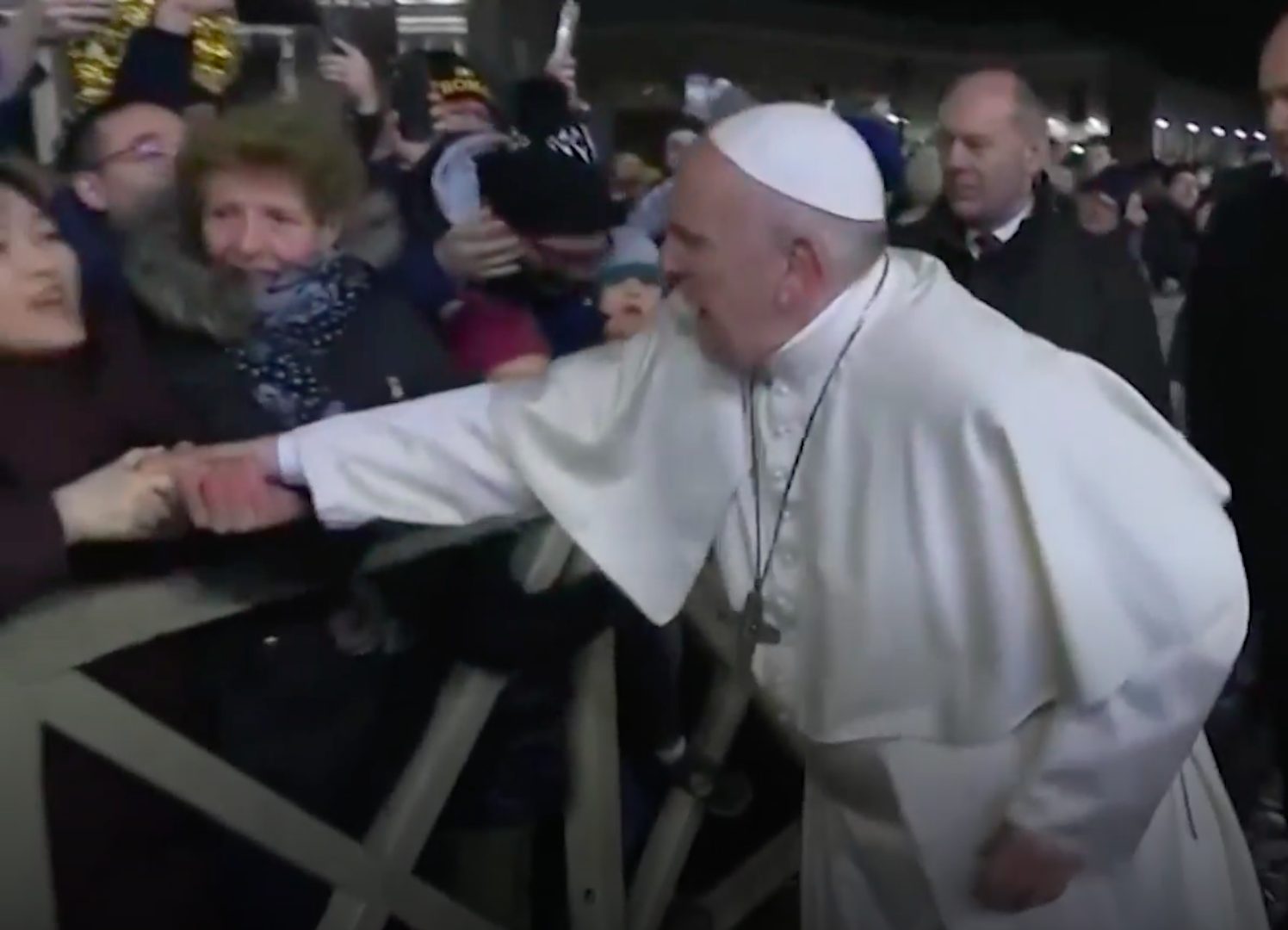 Pope Francis slapped a woman's hand away while greeting people at the Vatican on New Year's Eve, and after the video of the confrontation went viral, the pope issued an apology for his behavior, according to the New York Times.

As Francis walks by a crowd of people, shaking hands with children in the crowd, one woman grabbed his arm with both of her hands and pulled him toward her.

The pope lost his balance for a second from the pull, then reacted angrily by slapping at the woman's hands to get her to let go before pulling away and walking off in an irritated manner. It is unclear what the woman is trying to say to him during the encounter.

The pope's uncharacteristically angry reaction to the woman caused the video to go viral, prompting Francis to address the issue Wednesday.

"Love makes us patient," Pope Francis said. "So many times we lose patience, even me, and I apologize for yesterday's bad example."

Later in his remarks, he addressed the seriousness of violence against women.

"Women are sources of life. Yet they are continually insulted, beaten, raped, forced to prostitute themselves and to suppress the life they bear in the womb," Francis said. "Every form of violence inflicted upon a woman is a blasphemy against God, who was born of a woman."

The incident brings to mind another occasion where Pope Francis raised some eyebrows and upset some traditionalists with his behavior while greeting people. In March, he caused a stir by repeatedly withdrawing his hand from worshipers who were trying to kiss his ring.

The pope said in that instance that he was simply concerned about hygiene.