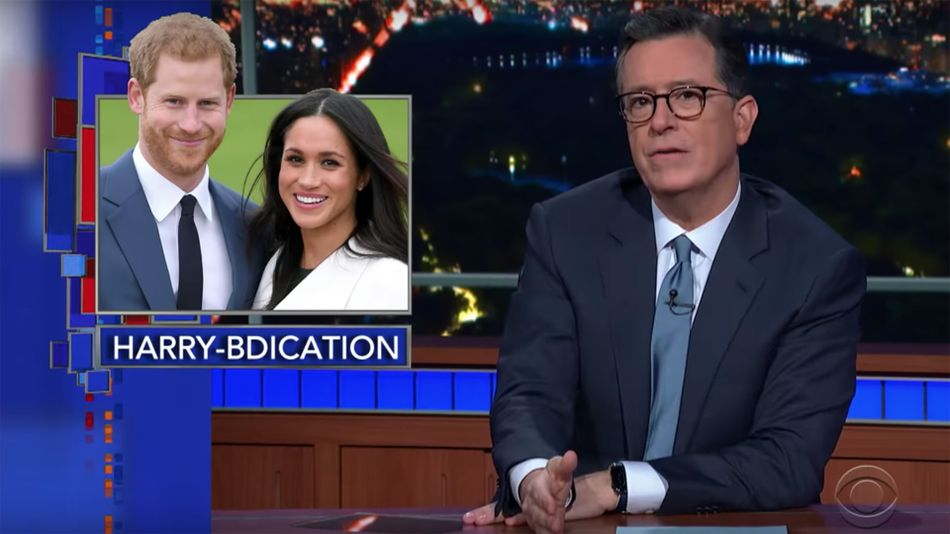 With Harry and Meghan now officially set to leave their royal titles and duties behind, Stephen Colbert has got wind that there might be a job opening.

"Maybe a Megxit means a Colb-entrance," he says in the clip above, before swivelling to the camera to address Her Majesty directly.