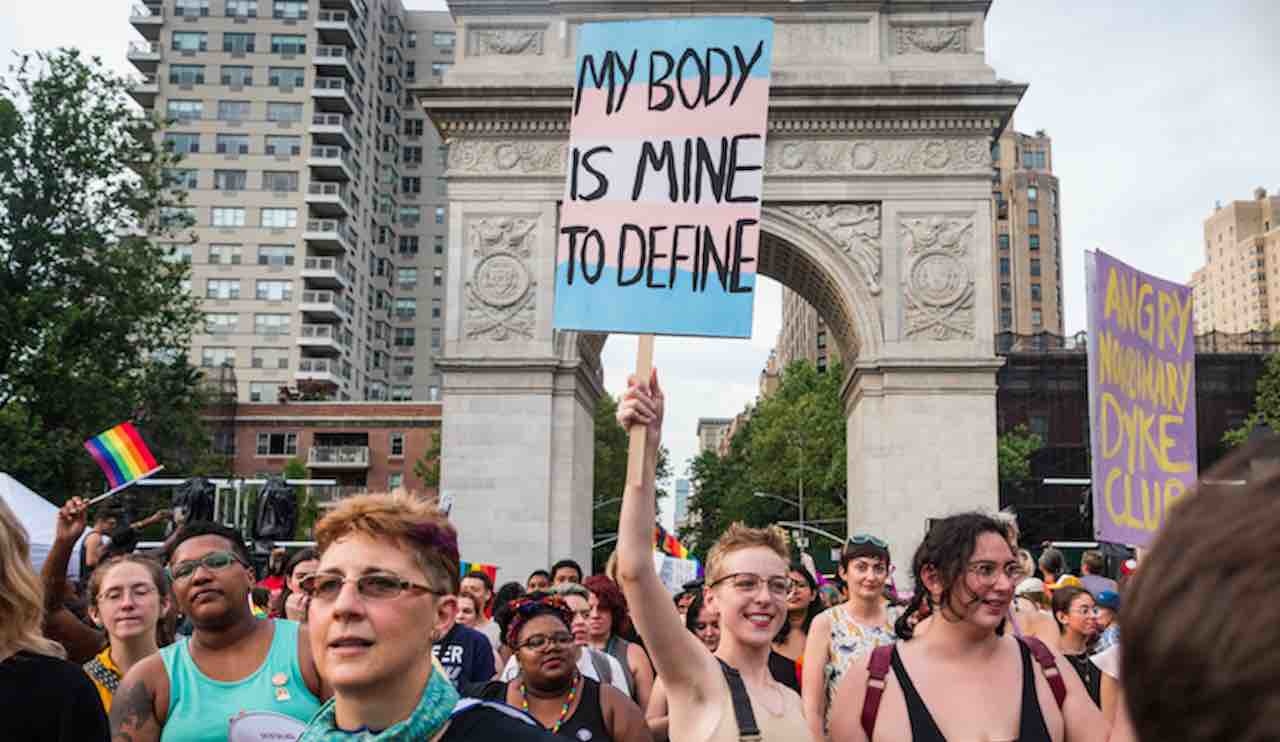 Jon Caldara had penned his conservative/libertarian columns for the Denver Post since 2016 — until Friday's op-ed in which he criticized the leftist notion that "there are more than two sexes."

In a Facebook post about his firing, Caldara noted that his editor — whom he says he respects and still likes very much — "found my writing too insensitive. And yes, it is. My column is not a soft voiced, sticky sweet NPR-styled piece which employs the language now mandated by the victim-centric, identity politics driven media."

He added, "Plain talk that doesn't conform to the newspeak law of 'use only the words mandated by the perpetually offended.' So, it is labeled as 'mean spirited' and banned. If conservatives and libertarians are granted a voice in the mainstream media, they must use the language of their ideological opponents. That is, they are not allowed to have their own voice."

Caldara went on to explain that "what seemed to be the last straw for my column was my insistence that there are only two sexes and my frustration that to be inclusive of the transgendered (even that word isn't allowed) we must lose our right to free speech."

Here's a bit of what his column in question had to say on the point:

Democrats don't want transparency in hospital billing and they certainly don't want education transparency when it comes to their mandate to convince your kid that there are more than two sexes, even if it's against your wishes.

Among the most controversial laws that passed last year was the comprehensive human sexuality education mandate which ripped local control away from your neighborhood school board. Now if your school district wants to teach even basic sex ed, the teacher must also teach the 'health needs' of LGBT individuals.

And in the anti-free-speech style that the left now embraces, the new law bans discussions that "employ gender stereotypes," or any language the state's new oversight board of LGBT activists consider "stigmatizing." In case you hadn't noticed, just about everything is stigmatizing to the easily triggered, perpetually offended.

The law actually makes for some pretty funny Orwellian reading. It says nothing in the law "shall be interpreted to prohibit discussion of health, moral, ethical, or religious values…" And then it goes on to proscribe exactly what must and cannot be said during those "discussions."

Caldara emphasized in his Facebook post that he is "strongly pro-gay marriage, which has frustrated many of my socially conservative friends. I have friends, family, and employees from the LGBT community. I don't care who uses whose bathroom, what you wear, or how you identify. People from this community have rights which we must protect."

There was a time when the liberals in the press fought hard to protect free speech. Now they fight hard to mandate speech because, heaven forbid, someone be offended or have their feelings hurt. It's okay people get offended. In fact, I encourage it. It means we are being challenged. It's not hate speech. It's speech. It used to be the press was all about.

I believe the reason so many people distrust the news media is the lack of intellectual diversity in it. My column is the most read column on the editorial pages. Perhaps it's because people hated it so much. Who knows?

I do know that the stifling of conservative and libertarian voices because journalists and those in entertainment see it as mean-spirited, has built up the frustration with the politically correct to the point someone who speaks as vilely as Donald Trump becomes president.

He ended his post with the following zinger: "It's why I think he'll be re-elected. I guess, thank you media. Your intolerance created him."

What did Caldara's editor have to say?

Caldara's editor, Megan Schrader, confirmed to the Washington Free Beacon that she fired Caldara but wouldn't discuss her reasons.

"I am writing a job description as we speak to fill his position," she told the Free Beacon. "I hope that conservative Colorado writers will apply knowing that we value conservative voices on our pages and don't have a litmus test for their opinions."