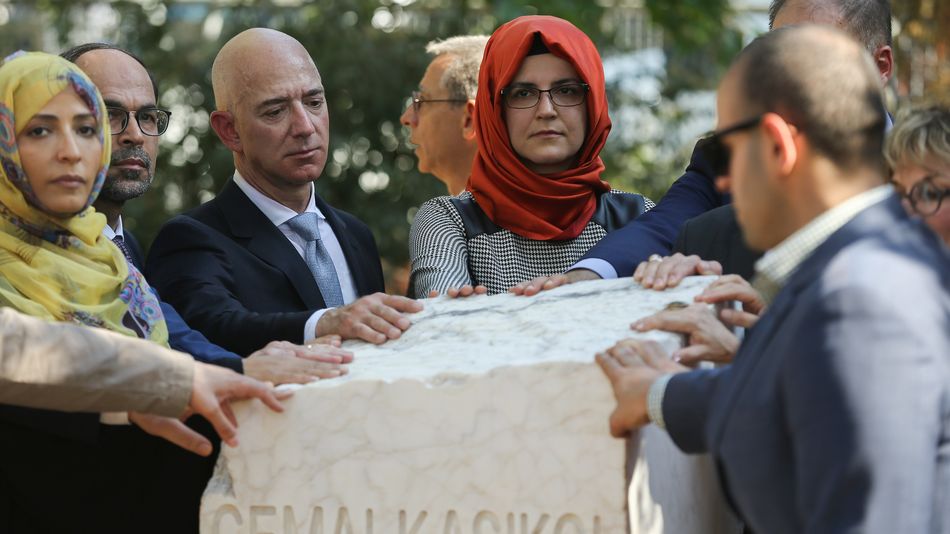 Jeff Bezos has some thoughts for the Saudi government.

Following yesterday's bombshell report that the Amazon CEO's phone was likely hacked at the direction of the crown prince of Saudi Arabia, Mohammed bin Salman (MBS), Bezos took a moment to remind the world that the same government murdered and dismembered journalist Jamal Khashoggi. And Bezos did so over Twitter.

Bezos shared a photo of himself, with the hashtag #Jamal, commemorating the one-year anniversary of Khashoggi's death. The photo, taken on Oct. 2, 2019, in front of the Saudi embassy in Turkey where Khashoggi was tortured and killed, shows Bezos next to Khashoggi's former fiancé, Hatice Cengiz.  Read more...