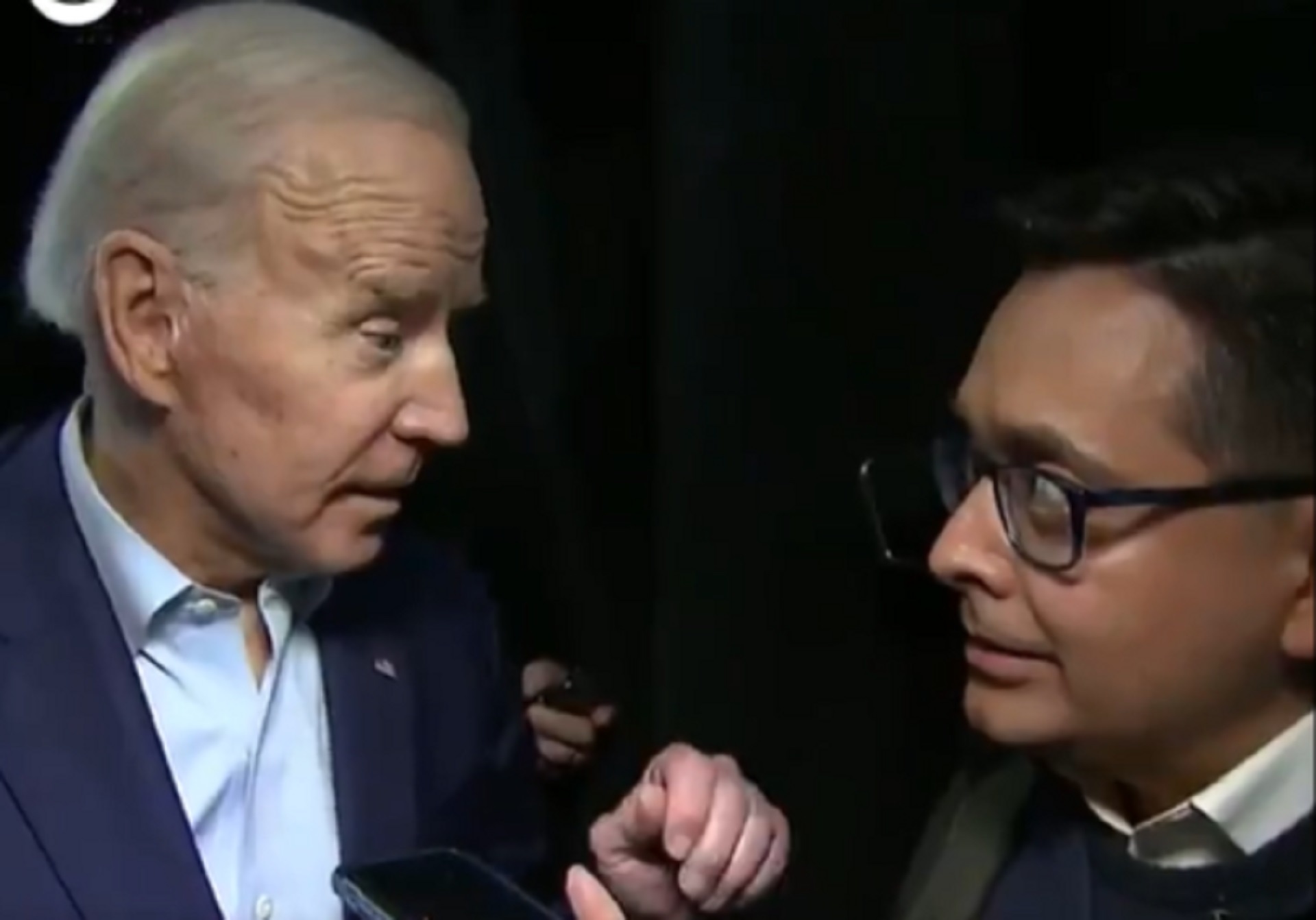 Democratic presidential candidate and former vice president Joe Biden appeared to lose his cool when a reporter asked him about his feud with fellow 2020 contender Sen. Bernie Sanders (I-Vt.) on Wednesday, making headlines as video of the incident went viral.

In the clip, CBS News reporter Ed O'Keefe can be seen asking Biden after a campaign event in Iowa, "Yesterday, you said you accepted Bernie's apology, now you're attacking him? Why are you doing that? Why wasn't his apology enough, Mr. Vice President?"

Biden continued to walk through the crowd surrounding him and, at first, ignored the questions before turning around as O'Keefe pressed, "Why attack Sanders?"

All of a sudden, Biden flared up, appearing to mock the journalist by rattling off, "Why, why, why, why, why, why, why?" while approaching O'Keefe before regaining his composure and telling the reporter, "You're getting nervous, man! Calm down, it's okay."

O'Keefe seemed amused by the ordeal, and smiled as Biden responded that Sanders "apologized for saying that I was corrupt. He didn't say anything about whether or not I was telling the truth about Social Security." With that, Biden gave O'Keefe a fist bump to the chest before turning around and continuing on his way.

Sanders apologized Monday after one of his supporters claimed in an op-ed that Biden has a "big corruption problem."

"It is absolutely not my view that Joe is corrupt in any way," Sanders told CBS News. "And I'm sorry that that op-ed appeared."

Biden accepted Sanders' apology on Twitter, but then took another jab at the current senator in an interview Wednesday morning.

The two candidates have been arguing over Biden's record on Social Security, with Sanders' campaign digging up "comments from Biden throughout his nearly 40-year career in the Senate discussing freezes to the entitlement program," ABC News reported.

The Hill pointed out that during an appearance on MSNBC's "Morning Joe" on Wednesday, Biden accused the Sanders campaign of taking his past statements out of context, telling the hosts, "It's like me going back and pointing out how Bernie voted against the Brady Bill five times while I was trying to get it passed when he was in the House, or how he voted to protect gun manufacturers," adding "He's made up for that, he's indicated that was [the] past."