Dad who paid for daughter's education confronts Warren over student loan forgiveness: 'Can I have my money back?' 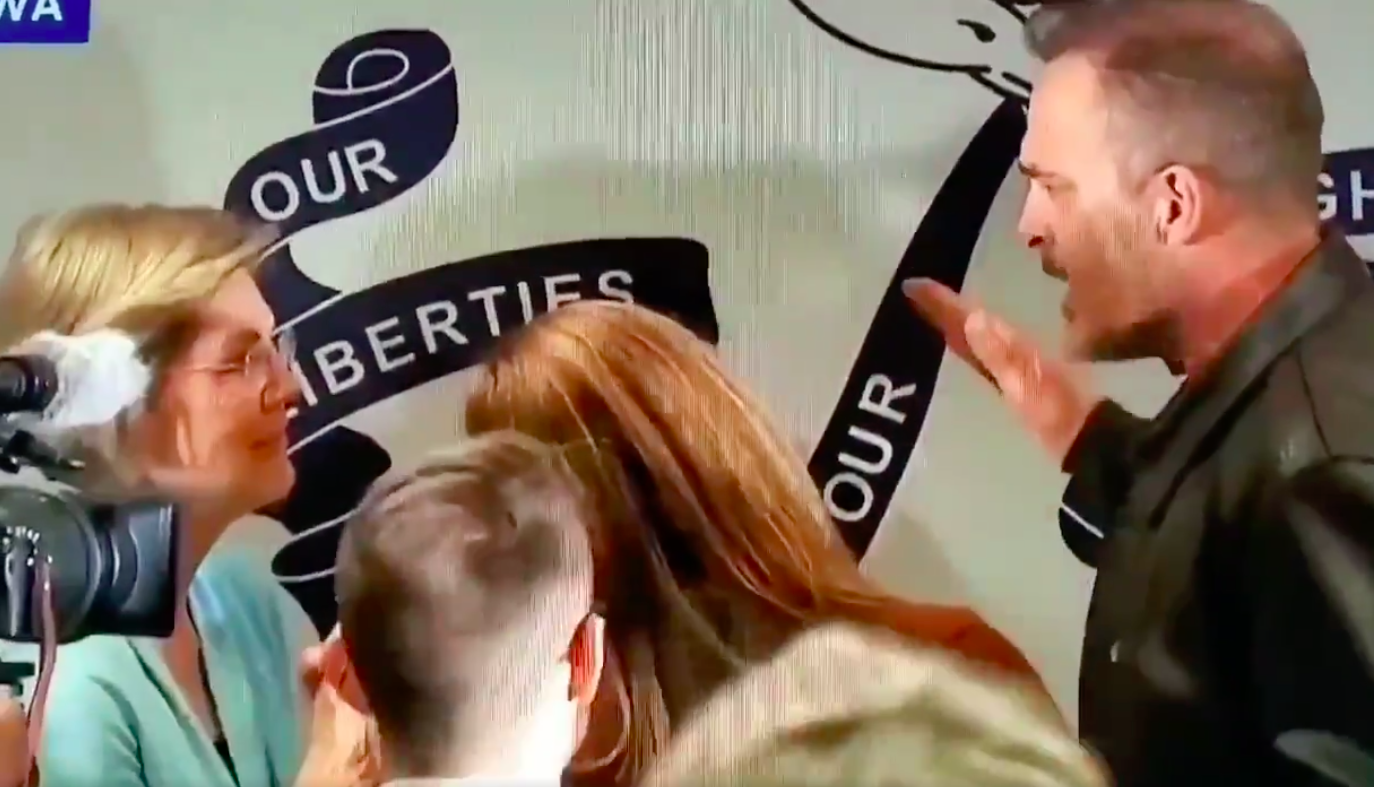 Sen. Elizabeth Warren (D-Mass.) has a plan to cancel some or all student loan debt for nearly all borrowers in America. That might sound good to those who can't pay the bill, but one father who worked and saved to pay for his daughter's college education wants a refund.

The father confronted Warren during a campaign event this week to call her out on the negative aspect of her plan — it rewards people who were financially irresponsible, and it punishes those who avoided racking up overwhelming student loan debt.

"My daughter is in school. I saved all my money just to pay student loans," the man tells Warren. "Can I have my money back?"

"Of course not," Warren replies quickly.

"So you're going to pay for people who didn't save any money, and those of us that did the right thing get screwed?" the dad shot back.

It's difficult to hear what Warren says in response, but it clearly doesn't satisfy the man.

"My buddy had fun, bought a car, went on vacation," the man said. "I saved my money. He made more than I did. I worked a double shift working to get extra money."

"You're laughing at me," the man accuses Warren, who denied it. "That's exactly what you're doing. We did the right thing, and we get screwed."

He then walked away from the conversation.

Warren's plan would cancel up to $50,000 in student loan debt for everyone with a household income under $100,000, and provide "substantial" debt cancellation for households earning between $100,000 and $250,000. Canceled debt would not be taxed as income.

Households earning more than $250,000 would not be eligible for any student loan debt cancellation. She plans to fund the cancellation through an "Ultra-Millionaire" tax on families with at least $50 million in net worth.