Debunked ‘by who’? Graham pushes back on Democrats' talking points about Biden-Ukraine allegations in impeachment trial 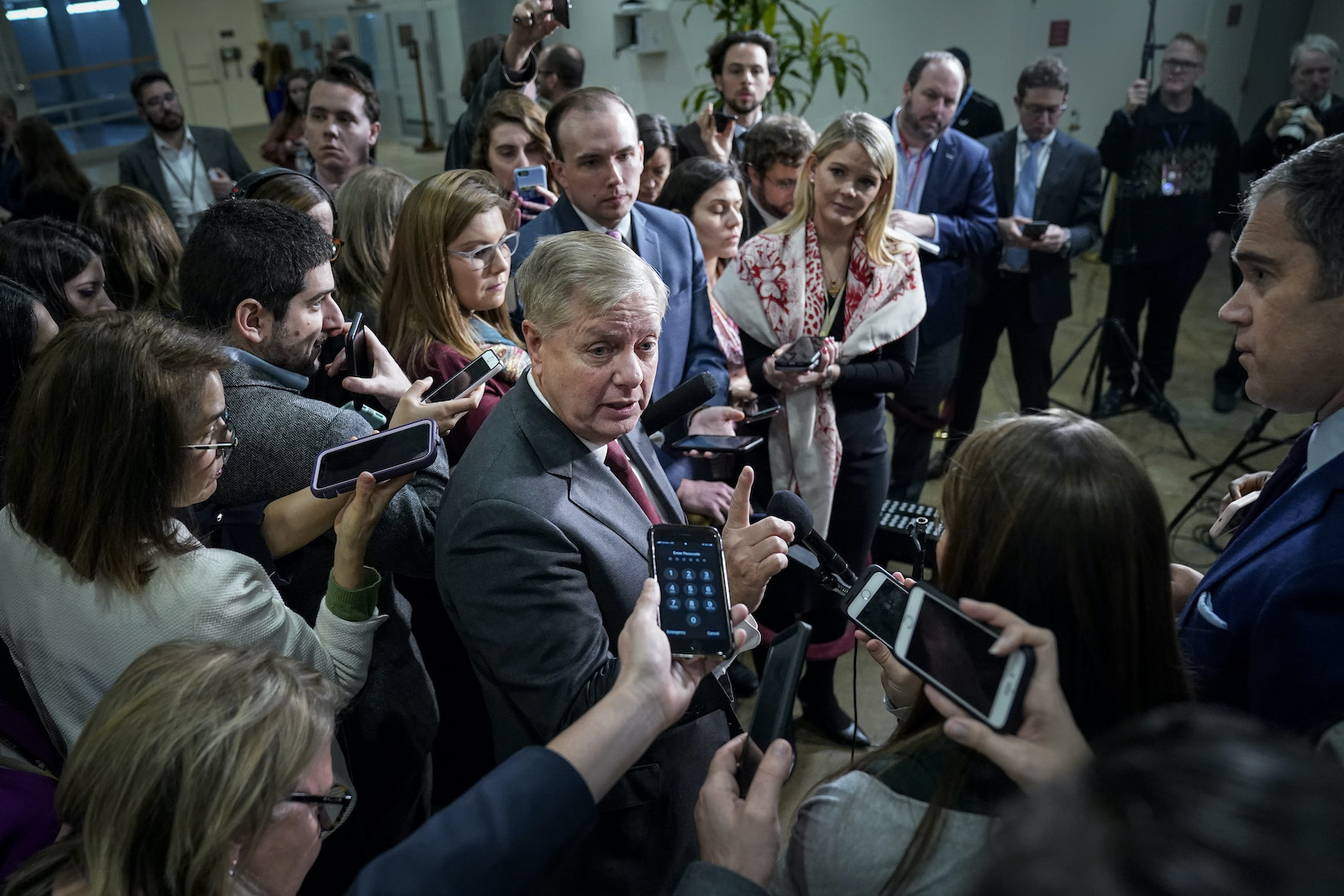 Sen. Lindsey Graham (R-S.C.) pushed back against Democrats' claims that the concerns of corruption surrounding the Bidens and the Ukrainian energy company Burisma have somehow been debunked, despite a number of questions that still remain unanswered.

"I don't know how many times it was said by the managers that the Biden conflict-of-interest allegations has been debunked and has been, there's no scintilla of evidence in terms of conflicts of interest and potential wrongdoing," Graham told reporters on Thursday.

"I know a lot about the Trump family and their dealings in Russia," the senator continued. "I don't know anything about the Biden connection to the Ukraine. So when the managers tell me this has been looked at and debunked — by who?"

In a break from the trial the day before, Graham tweeted critically about impeachment manager Adam Schiff (D-Calif.) claiming that the Biden-Burisma concerns had been debunked.

Graham explained that the issue was "becoming relevant" amid the Senate's trial because the House impeachment managers "talked about it almost 50 times that the president had no reason to believe that anything improper occurred in the Ukraine with the Bidens and he was just out to create a political advantage."

Graham questioned whether or not those talking points would hold up to scrutiny.

"The point of fact is that nobody, particularly in your business, has done much looking at what happened in the Ukraine with Hunter Biden," Graham said to the media, adding that they would "hear more about that and I'll tell you more tomorrow."

Graham then went through a brief chronology of events in the Ukraine, which included the timeline of how Hunter Biden came to work as a board member at Burisma while his father, then-Vice President Joe Biden, was handling Ukraine policy for the Obama administration, and how a top prosecutor investigating the case was fired. In 2018, the elder Biden described how he pressured the former Ukrainian president to fire the prosecutor.

The series of events "doesn't pass the smell test to me" Graham said. "Why are you paying Hunter Biden? You can say they're corrupt, but they're not stupid."

Graham explained that he made the remarks in order to get the public "to understand that the claims they're making — that there's no 'there' there in the Bidens" that "nobody's looked; somebody should."

Graham — who heads up the Senate Judiciary Committee — is one of a trio of Senate committee chairman who have been looking into the questions of Hunter Biden's Ukrainian business dealings since late last year.

And after looking into the matter himself, the South Carolina senator said that he has "a lot of questions." For example, "Were they buying insurance by hiring Hunter Biden? Because they sure as hell weren't buying expertise."

However, despite his stated desire to get to the bottom of what really went on in the Biden-Burisma matter, Graham said he would not vote to call Hunter Biden as an impeachment trial witness.

"There are a bunch of people on my side who want to call Joe Biden and Hunter Biden" to testify in the trial, Graham said. "I want to end this thing sooner rather than later; I don't want to turn it into a circus."