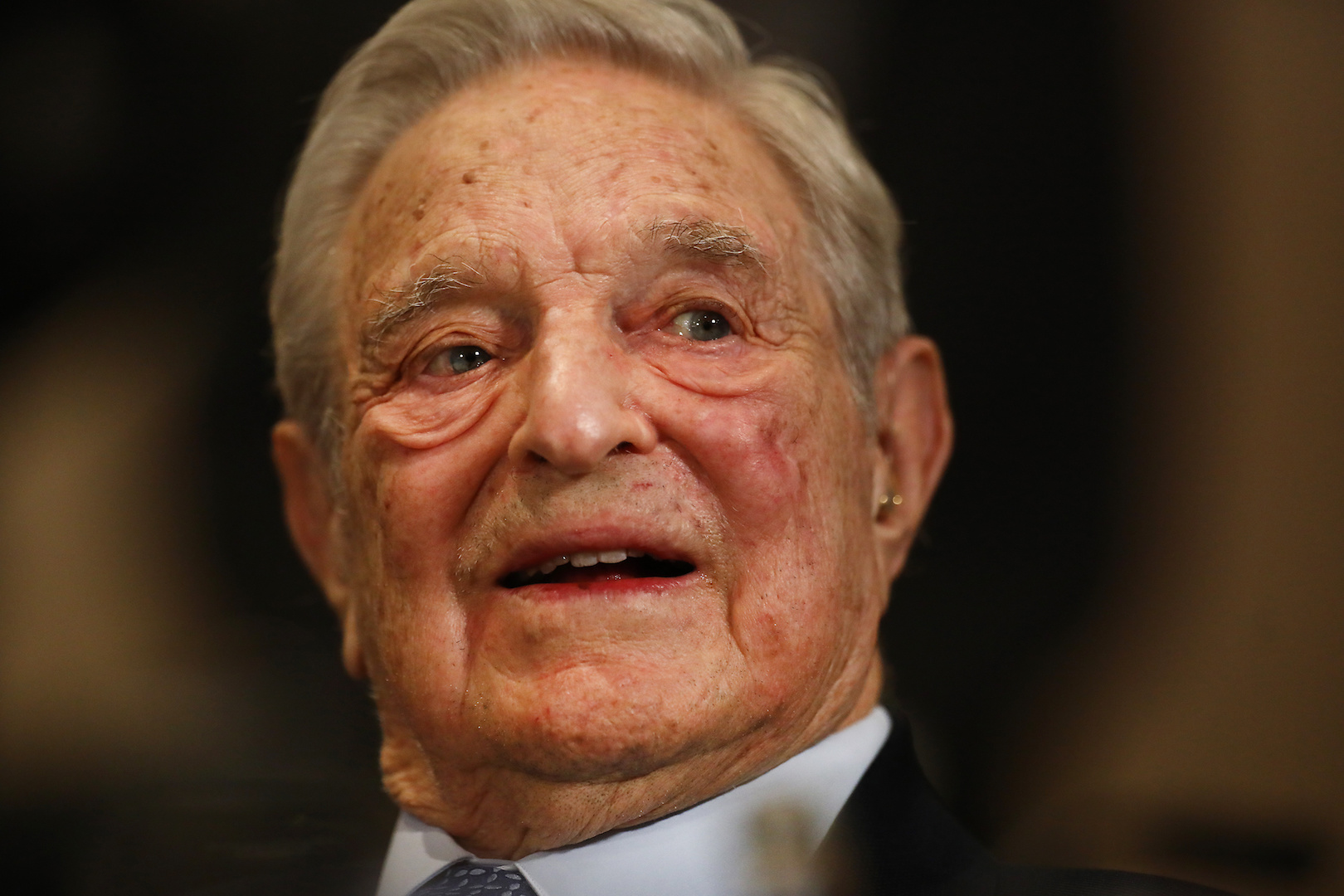 Billionaire investor George Soros said Thursday at the World Economic Forum in Davos, Switzerland, that he believes Facebook is working together with President Donald Trump's campaign to secure his re-election, Bloomberg reported.

Soros said Facebook is helping Trump get re-elected so that Trump can return the favor by enacting policies that are favorable to the social media company.

"I think there is a kind of informal mutual assistance operation or agreement developing between Trump and Facebook," Soros said, according to Bloomberg. "Facebook will work together to re-elect Trump, and Trump will work to protect Facebook so that this situation cannot be changed and it makes me very concerned about the outcome for 2020."

Soros did not provide any evidence for this belief. A Facebook communications official denied any such arrangement.

"I'll say it because I think needs to be said," spokesman Andy Stone wrote on Twitter. "This is just plain wrong."

Soros may be referring, at least in part, to Facebook's policy of not fact-checking political advertisements. Although the policy allows politicians of any party to distribute potentially false information, critics have framed it as a policy that benefits President Trump disproportionately.

Soros said Facebook is motivated by financial gain and does not care about potential negative consequences.

"Facebook basically has only one guiding principle: maximize your profits irrespective of what harm it may do to the world," Soros said.

Soros has regularly criticized Facebook over the years, so much that in 2018 Facebook chief operating officer Sheryl Sandberg directed staff to research whether Soros had a financial interest in attacking Facebook. Facebook also hired the firm Definers Public Affairs to research Soros and distribute information uncovered to the media. When her order to research Soros was publicized, she and the company were criticized for anti-Semitism.