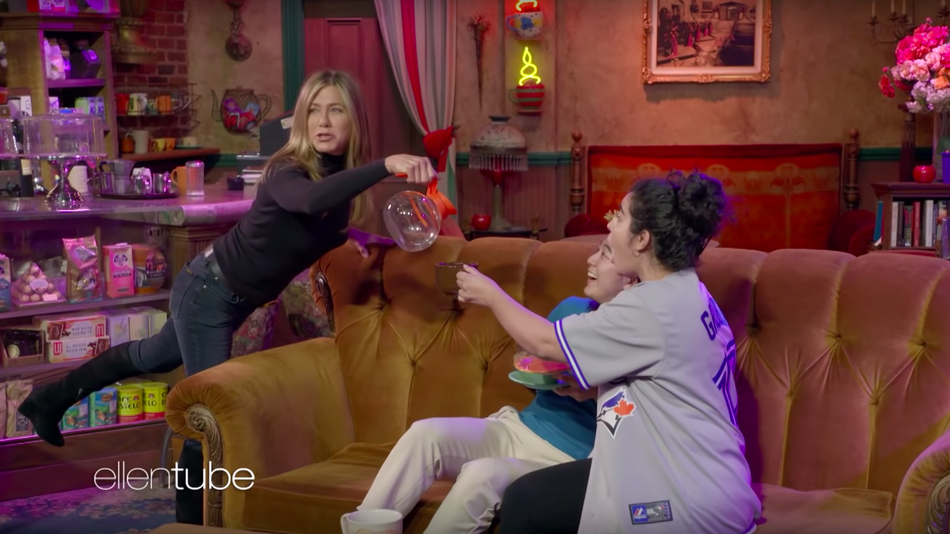 Who's your favorite friend from Friends? Answer wisely, because Jennifer Aniston might be hiding out of sight behind you, ready to pop up and scold an incorrect answer. The Friends star guest hosted Ellen and had what appears to be the time of her life surprising Friends fans at Central Perk.

After initially screaming loud enough to warrant police investigation, the fans were delighted to see Aniston, even if she didn't care to hear how many people love Phoebe more than Rachel.

"You really film here?" asks one incredulous fan of the preserved set on the Warner Bros. lot. "I live here," Aniston responds brightly. (Friends hasn't filmed in 15 years, but she was kind enough to leave that part out).  Read more...