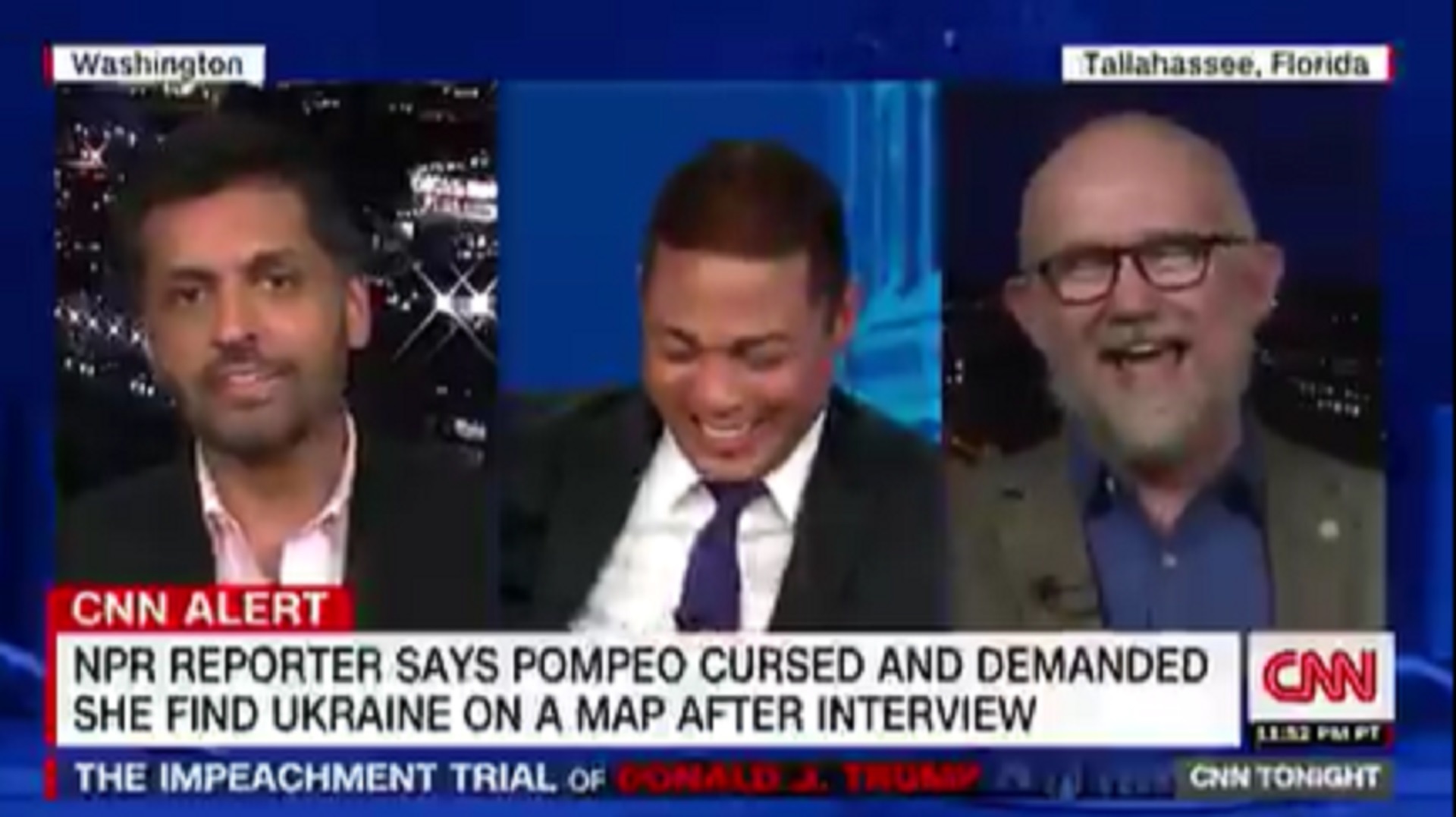 The Daily Wire reported on the segment from over the weekend and provided a script of the exchange that occurred on CNN along with the video posted by former CNN (and former TheBlaze) employee Steve Krakauer, who tweeted, "The arrogance, the dismissiveness, the smug cackling, the accents. If Donald Trump wins re-election this year, I'll remember this brief CNN segment late one Saturday night in January as the perfect encapsulation for why it happened."

Wilson kicked off the impression contest after being asked about reports that Secretary of State Mike Pompeo "screamed and cursed" at an NPR reporter and ordered her to point out Ukraine on a map.

"Look," Wilson said of Pompeo. "He also knows deep in his heart that Donald Trump couldn't find Ukraine on a map if you had the letter U and a picture of an actual physical crane next to it. He knows that this is, you know, an administration defined by ignorance of the world, and so that's partly him playing to their base and playing to their audience, you now, the credulous boomer rube demo that backs Donald Trump, that wants to think that 'Donald Trump's the smart one, and y'all — y'all elitists are dumb.'"

With Lemon laughing, snorting, and eventually wiping away tears, Ali joins in with his own impression of a redneck accent, saying, "'You elitists with your geography and your maps and your spelling...your reading...knowing other countries...sipping your latte.'"

Appearing to realize he may have gone too far, Ali said, "Sorry, I apologize..." while chuckling, "It was Rick's fault. I blame Rick."

The two went back and forth cracking each other up mocking Trump supporters as Lemon was doubled over with amusement before the host said, "That was good, sorry. Rick — that was a good one. I needed that."

Ali and Wilson are both unapologetic despite the backlash that occurred after their segment went viral.

In reaction to a RealClearPolitics story saying the two "trash[ed] Trump supporters as ignorant Rubes," Ali tweeted, "We did. Not going to apologize for it either. If you're willing to believe and promote these absurd and dangerous lies, well, you deserve to be mocked for it."

After President Trump retweeted the clip shared by The Daily Caller, Wilson tweeted, "The most beautiful part of this entirely contrived phony bullshit outrage about that segment isn't that I insulted the Maga demo. The best part is how they're repeating the now-classic #UCrane bit and amplifying a line that clearly made @realDonaldTrump furious."