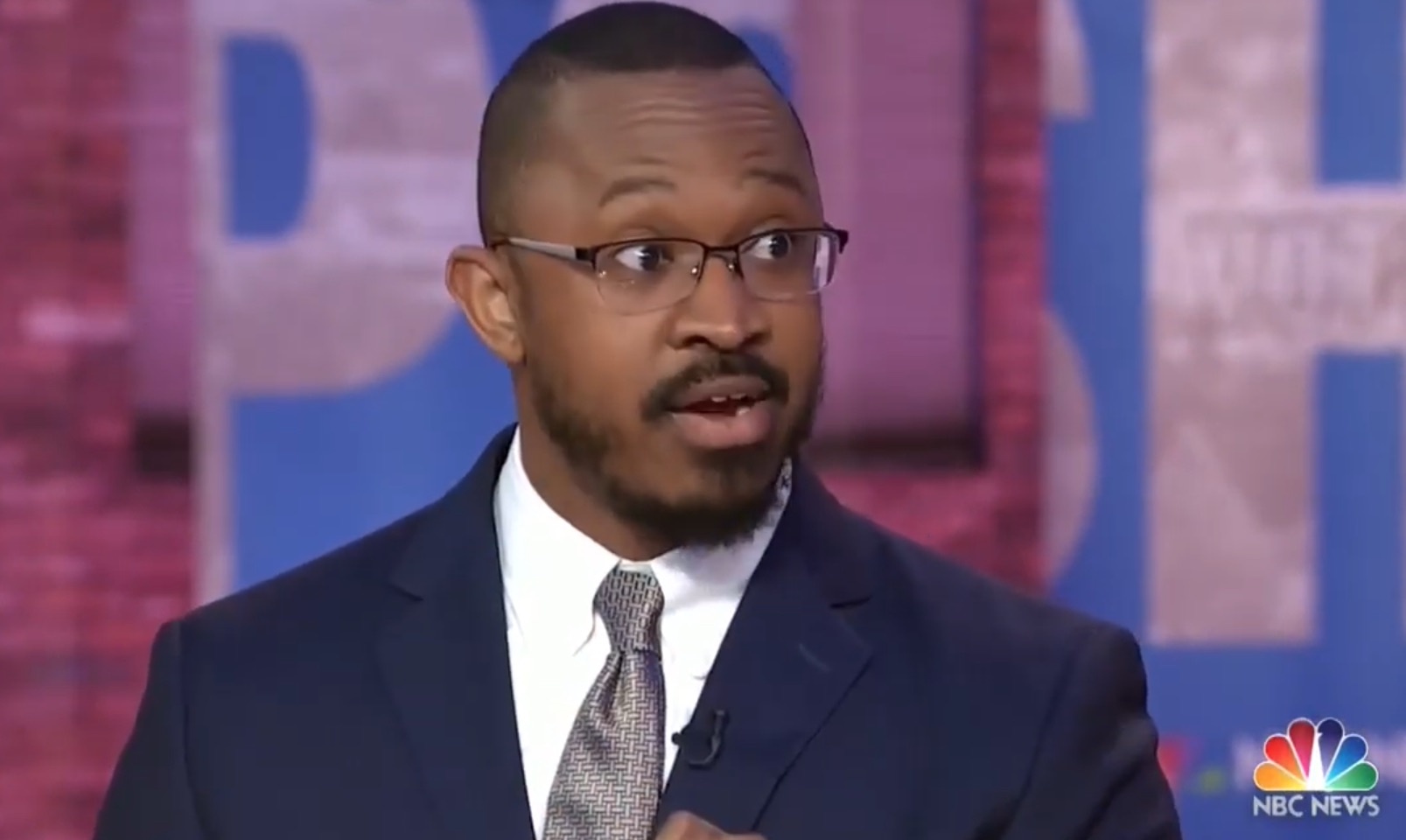 MSNBC anchor Joshua Johnson made it clear Sunday that pandering from Democratic presidential candidates will not win them votes from the black community.

Appearing on NBC's "Meet the Press,"Johnson said that Democrats are more talk than walk, highlighting the fact that all remaining viable Democratic candidates are white.

Johnson's point? Democrats can't earn trust from the black community if they don't also have a black candidate on the debate stage.

"I was interested this week that so much was said about black voters and the plight of black people in the debate on Friday, which kind of historically to have this stage of mostly white candidates talking very strongly and rhapsodically about the need to support the black community historically is something," Johnson said.

"At the same time, I can hear black voters saying, 'If we're so important, why aren't we there? You're talking about us without us. Cory Booker is gone, Kamala Harris is gone, Julian Castro is gone. You've got one Asian on the stage and six well-meaning white people telling us what you're going to do for us when we weren't on the stage anymore,'" he explained.

Meanwhile, on CBS' "Face the Nation" Sunday, CBS News analyst Jamal Simmons pointed out Sunday that Trump has numerous accomplishments within the black community — evidence to show that he is actually working to better their communities — while Democrats do not have a strategy to "deal with that."