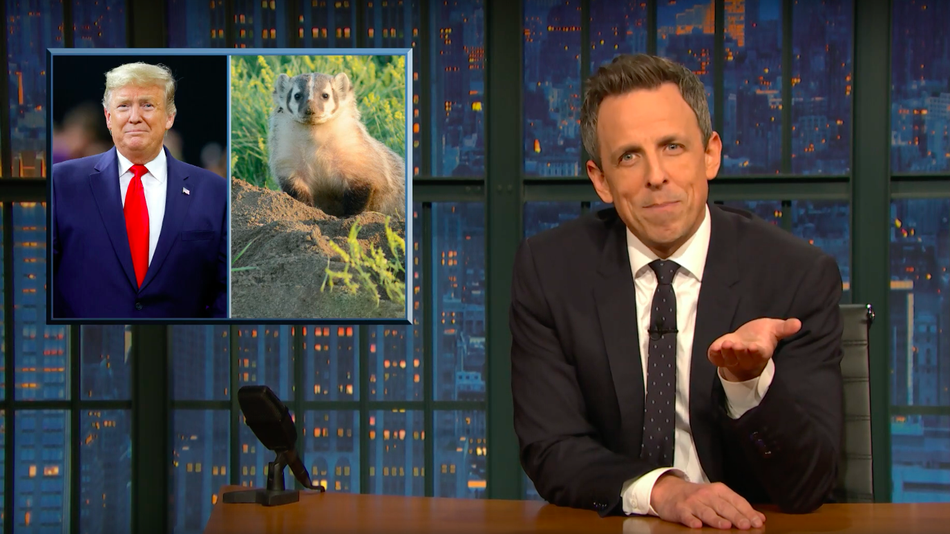 "This week we learned one of the strangest, dumbest things about Trump yet," Late Night host Seth Meyers said during Thursday's episode. It's an incredibly bold call, but it's fair to say this presidential factoid wasn't one anybody was expecting.

Referring to new book Sinking in the Swamp by Lachlan Markay and Asawin Suebsaeng, Meyers noted that President Trump is "obsessed with badgers." Apparently Trump repeatedly asked former Chief of Staff Reince Priebus questions about them "even in situations where it wasn't appropriate." Such questions included whether badgers are "mean to people" and "how they work." Read more...