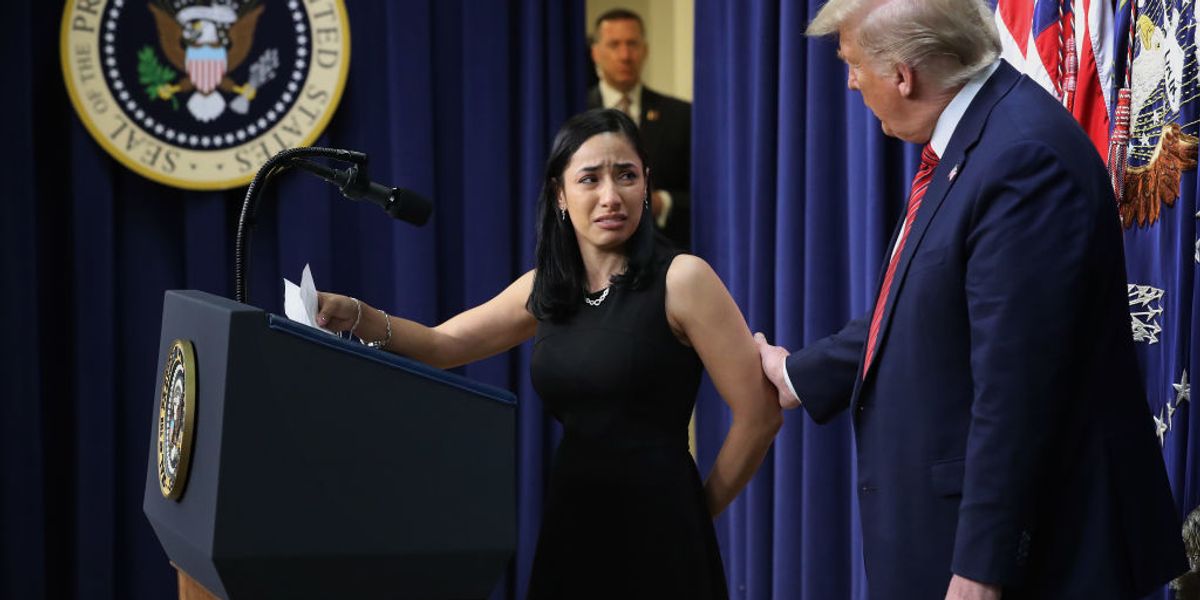 Daria Ortez, the granddaughter of a 92-year-old Hispanic woman who is said to have been murdered by an illegal immigrant in New York that was previously spared deportation under the city's sanctuary ordinance, blasted the controversial policy on Friday.

At a press conference alongside Donald President Trump, Ortiz said her grandmother would still be alive if the New York Police Department had complied with a standing order to turn-over the alleged killer to Immigration and Customs Enforcement in November when he was in police custody for a separate matter.

"The tragedy in all of this is the fact that this could have been avoided, had there been no sanctuary law," Ortiz said. "The tragedy is my grandmother is not ever going to be here again."

She added: "The man who was responsible for this should have never had the opportunity to do this."

Ortiz was a guest of Trump at the National Border Patrol Council where she delivered an emotional tribute to her grandmother, an immigrant from the Dominican Republic. The young woman described 92-year-old Maria Fuertes as a "shining example of when people come legally to this country, work hard, and do the right thing and are law-abiding citizens."

Ortiz said Furtes "raised her children and her grandchildren while working hard to give us a future."

As TheBlaze previously reported, Maria Fuentes was sexually assaulted and murdered just steps from her home in Queens on Jan. 6.

Initially, police officers thought her death was the result of a slip-and-fall accident. Upon further investigation, law enforcement officials arrested 21-year-old Reeaz Khan and charged him with raping and then strangling the nonagenarian to death.

According to WABC-TV, Khan is a Guyanese national who was in the country illegally despite having a violent criminal record. He was arrested in November after stabbing his own father. While he was in police custody, immigration enforcement ordered Khan to be detained. Had the NYPD followed the detainer order, Khan would have been turned over to ICE. Instead, pursuant to Mayor Bill de Blasio's "sanctuary city" policy, the alleged violent criminal was released back to the streets.

"Make no mistake, it is this city's sanctuary policies that is the sole reason this criminal was allowed to roam the streets freely and end an innocent woman's life," ICE Acting-Director Matthew Albence said.

"One simple phone call and Maria Fuertes could be alive today,” he said