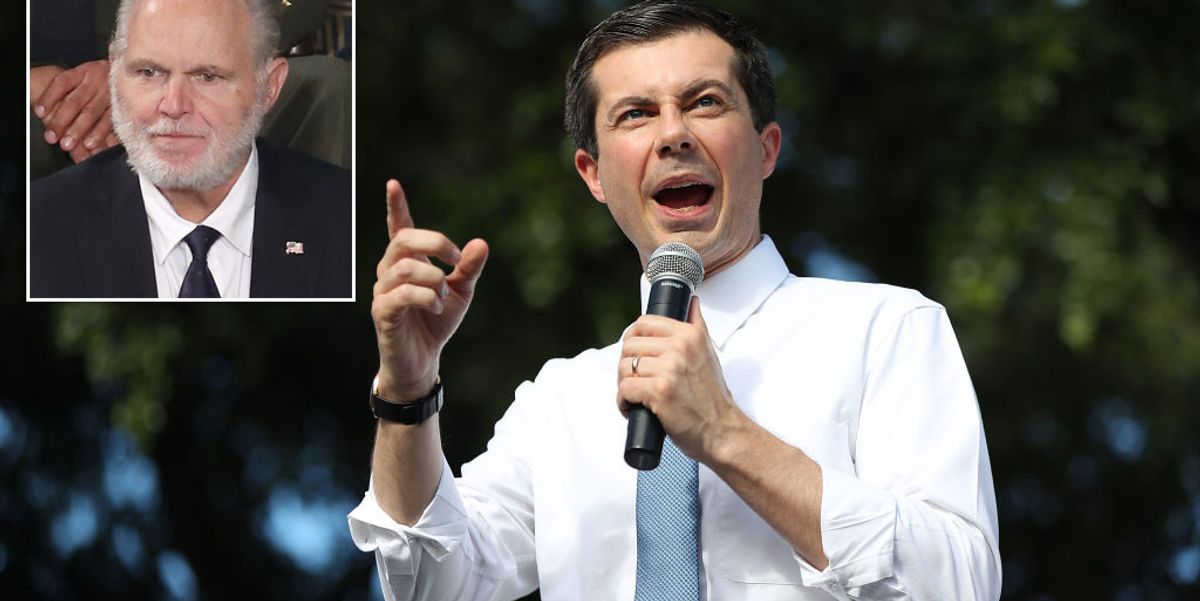 Democratic presidential contender Pete Buttigieg fired back at Rush Limbaugh on Sunday in response to comments the conservative radio host made about the possibility of a gay president.

While speaking on his radio show last week, Limbaugh said that "America's still not ready to elect a gay guy kissing his husband on the debate stage president."

Buttigieg, who is married to a man, responded to Limbaugh's comments during an appearance on CNN's "State of the Union."

"I love my husband. I'm faithful to my husband. Onstage we usually just go for a hug. I love him very much. I'm not going to take lectures on family values from the likes of Rush Limbaugh," Buttigieg said.

Buttigieg doubled down on his response during a subsequent interview on "Fox News Sunday."

"I'm not going to be lectured on family values from the likes of Rush Limbaugh or anybody who supports Donald J. Trump as the moral as well as political leader of the United States," Buttigieg said.

"America has moved on and we should have politics of belonging that welcomes everybody. That's what the American people are for. And I am saddened for what the Republican Party has become if they embrace that kind of homophobic rhetoric," he added.