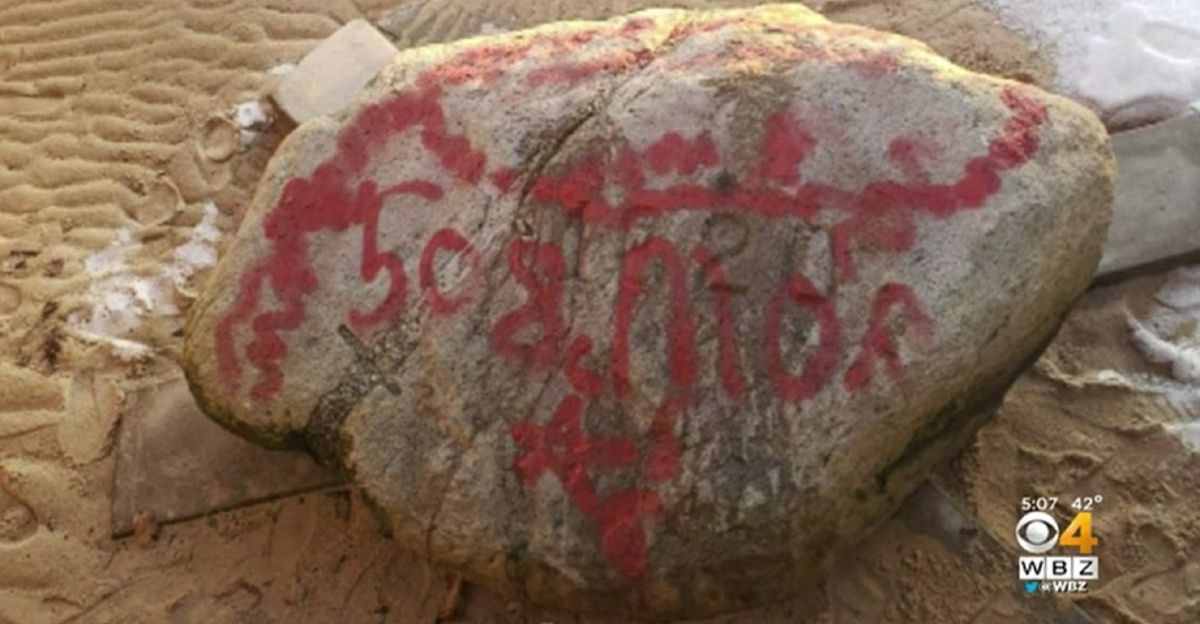 Police are investigating after numerous landmarks in Plymouth, Massachusetts, were vandalized with spray paint overnight, including Plymouth Rock, the boulder etched with the year 1620 to recognize the arrival of the Pilgrims on American land.

The monuments were defaced as the town prepares to celebrate the 400th anniversary of the arrival of the Mayflower.

WBZ-TV reported that in addition to Plymouth Rock, vandals "targeted a seashell-shaped sign celebrating the upcoming 400th anniversary, the Pilgrim Maiden statue and the National Monument to the Forefathers."

Melissa Arrighi, Plymouth town manager, tweeted pictures of the damage with the message, "We are saddened and sickened by the recent vandalism in our historic town. This is just one of our historic monuments that was hit. We will begin clean up as soon as possible and the police are investigating."

The Boston Globe reported that the anniversary celebrations are scheduled to being in April.

Plymouth native Jake Mowles, who owns East Coast Powerwashing, volunteered to restore the defaced landmarks, saying, "The town spent a lot of money beautifying the area for the anniversary. So we decided to volunteer our time to clean it up. I own the company so it won't cost much out of pocket, and we love our town."

The town wasted no time in removing the graffiti. By Monday afternoon, Arrighi posted updated pictures on Twitter with the message, "I am pleased to report that cleanup efforts on the vandalism have been remarkable. Thank you so much to the Public Works crews, superintendent Nick Faiella, assistant DPW director Denny Wood, and volunteer Jake Mowles."

Lea Filson, executive director of See Plymouth tourism organization, issued a statement on the vandalism, saying, "Seeing this type of disrespect for the historic reminders of the Mayflower story is both sad and unsettling. The outpouring of concern and anger over the incident has been a positive ending to a thoughtless gesture."