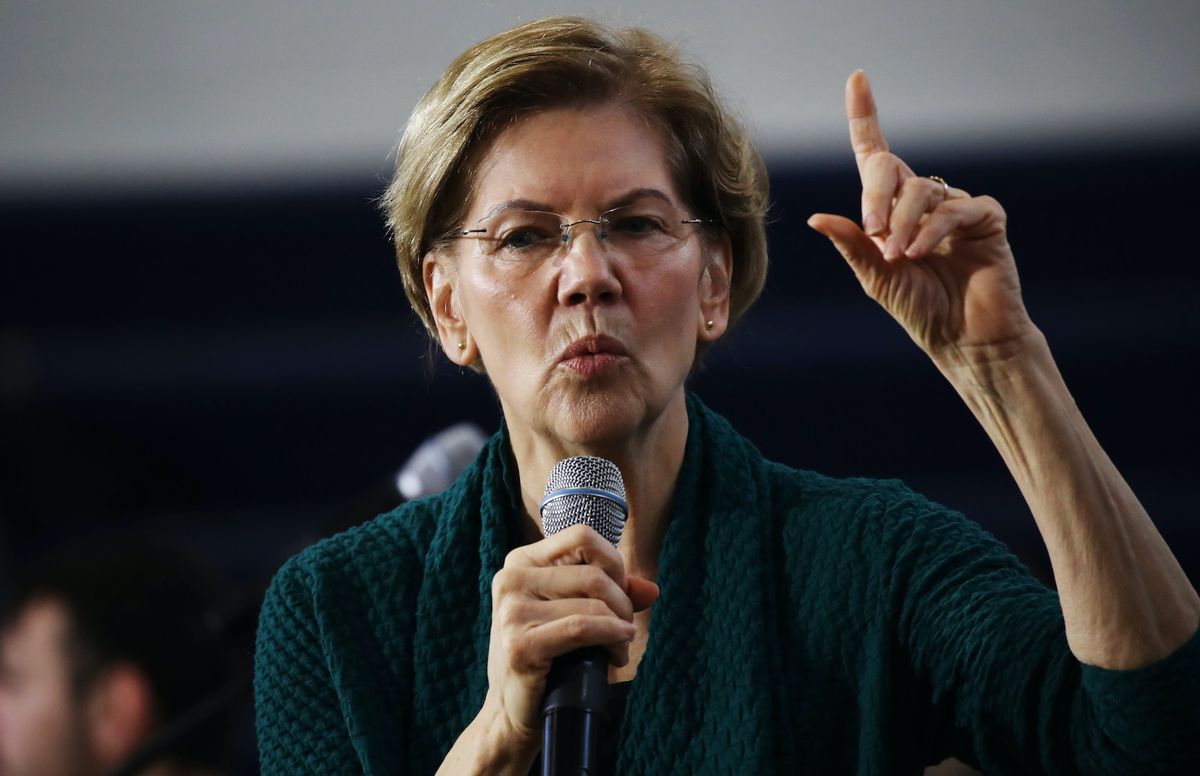 Responding to Tuesday's news that the former mayor had made his first Democratic debate since announcing his candidacy in November, Warren tweeted, "It's a shame Mike Bloomberg can buy his way into the debate. But at least now primary voters curious about how each candidate will take on Donald Trump can get a live demonstration of how we each take on an egomaniac billionaire."

Bloomberg qualified for the event thanks to the findings of an NPR/PBS NewsHour/Marist poll that was released early Tuesday morning that places his support at 19 percentage points nationally. In order to make Wednesday night's debate in Las Vegas, candidates either had to garner one convention delegate from either the Iowa caucuses or New Hampshire primary or clear 10% support in four recognized polls or 12% support in two recognized single-state polls in South Carolina or Nevada. Tuesday's poll was Bloomberg's fourth with over 10%.

In qualifying, Bloomberg also benefits from a rule change for the debates that the Democratic National Committee announced last month, in which the committee eliminated the individual donor requirements that kept other candidates from meeting the threshold for previous debates. The decision drew criticism because it appeared to specifically benefit the former mayor, who has been self-funding his own bid and not taking outside campaign donations.

Warren's harsh criticism is likely a preview of the kind of treatment that Bloomberg can expect on Wednesday night's debate stage. Alongside his recent rise in the polls, the New York billionaire has also been facing a great deal of controversy over some of his past remarks as well as increased attacks from his Democratic 2020 rivals.