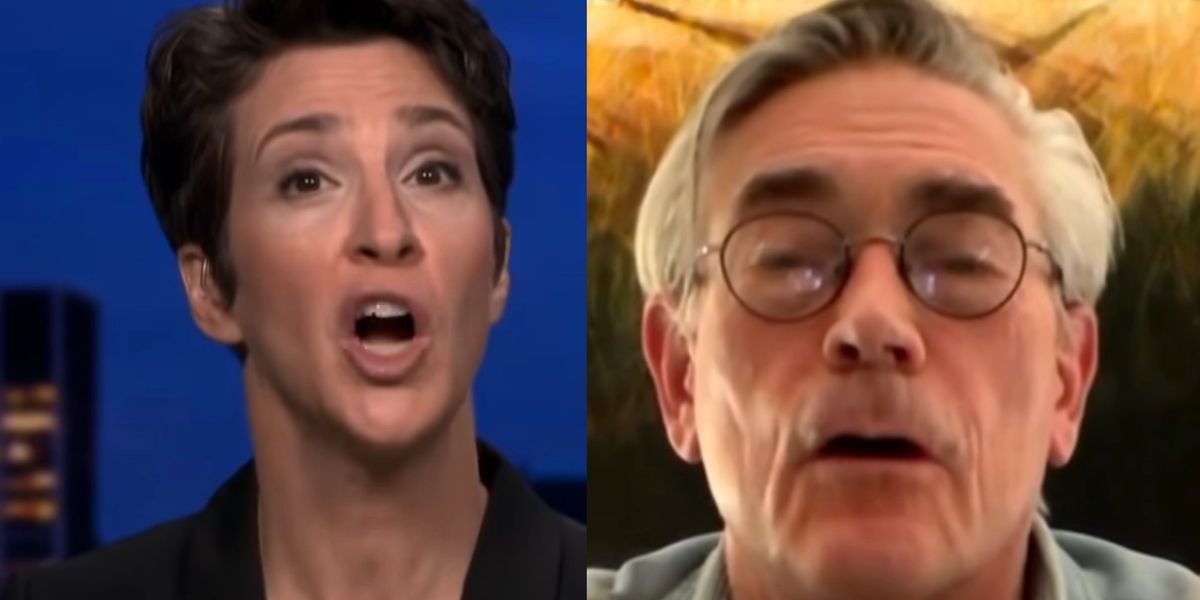 Progressive cable news network MSNBC praised China for their response to coronavirus and warned President Donald Trump against antagonizing the communist country in a segment on Rachel Maddow's show.

Despite skepticism from many experts that the official statistics from the communist Chinese government, Maddow and her guest New York Times science and health reporter Donald McNeil, propagated the doubtful propaganda on her show Tuesday.

McNeil claimed that Trump should stop insulting China because he may need to beg them for help later.

"In China, there are forty thousand doctors and nurses and respiratory technicians, went from all over China to Wuhan and helped the Wuhan doctors fight the virus," said McNeil.

"There's no more virus in Wuhan," he claimed.

"Those doctors have all gone home, there's been victory parades for them, gratitude, flowers and everything. They're heroes. They have skills in fighting COVID-19," McNeil continued.

"I don't see why we couldn't hire for our pandemic a lot of those doctors, nurses, and respiratory technicians," he added.

"The bottleneck I fear," McNeil speculated, "is that the Trump administration is so afraid to admit that it might need help from outside, that it would refuse them visas, but again, that would cost lives, I think that would be a mistake."

McNeil went on to use "reporting out of China" to claim that Chinese President Xi Jinping offered Trump help during a phone call.

"I think it's not a good idea to keep insulting China and baiting them because if you look far enough down the road, President Trump may have to go to them with his hat in his hand, because we're gonna be able to design a great vaccine, but I don't know if we're gonna be able to run our vaccine plants if too many are sick," McNeil continued.

"I'm not quite sure, we may need vaccine from China, and they, out of anger, could simply say, 'sure, it'll be ten thousand dollars a dose,' and that's the free market working with you on the bad end of the stick," he said.

"We don't wanna face that," he concluded.

On Wednesday, U.S. intelligence officials confirmed reports that China had misreported the numbers of deaths from coronavirus by purposely not counting asymptomatic persons who tested positive.