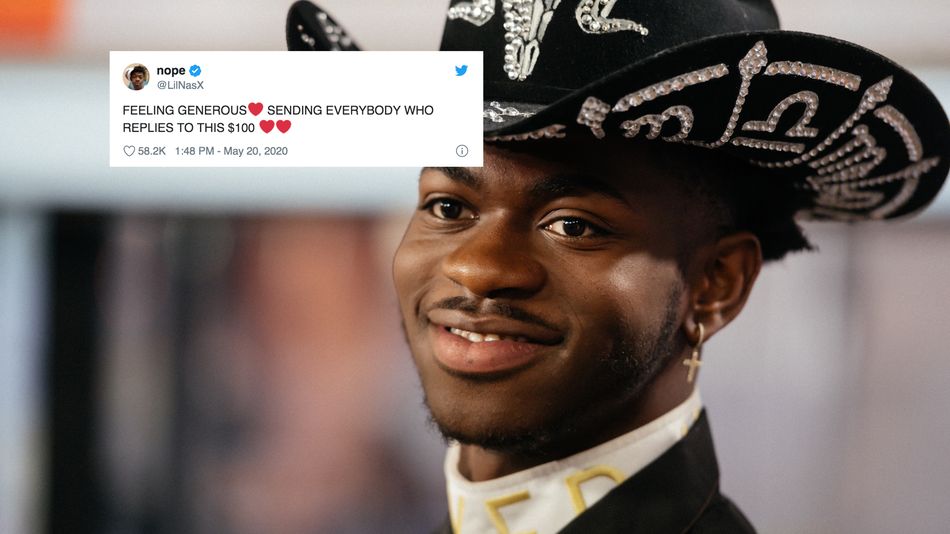 Twitter is testing out a new feature where you can limit who replies to your tweet and Lil Nas X — a prolific and good celebrity tweeter — found an amazing way to use it to troll.

People with the new feature can limit, post by post, who can reply to their tweets. Lil Nas X posted he'd give $100 to everyone who replied to his post... and then didn't tag anyone. Meaning nobody could collect their hundred bucks.

"damn so nobody want no money? ok then i guess," he followed up, leaning into the joke.  Read more...