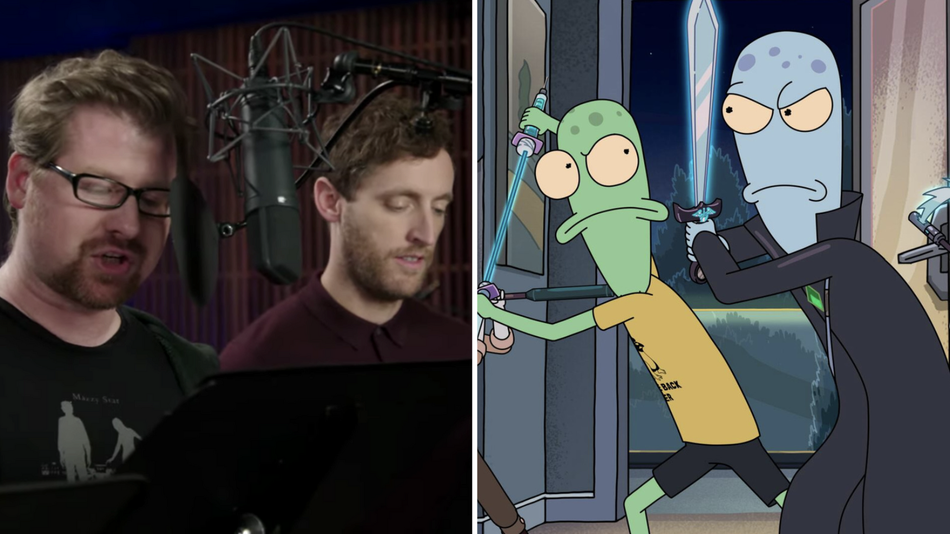 Thank Shlorp for Korvo, Terry, Yumyulack, Jesse, and the team that made them.

It's been less than two weeks since Hulu dropped the first season of Solar Opposites — a Ricky and Morty-like sitcom following a family of aliens stranded on Earth — and already we want more. In this new behind-the-scenes clip (exclusive to Mashable, thank you very much), co-creators Justin Roiland and Mike McMahan break down how they created the universe we fell in love with.

We also get a delightfully chaotic glimpse at stars Roiland, Thomas Middleditch, Sean Giambrone, and Mary Mack in the recording booth. Few things are as instantly enjoyable as watching voice actors do their thing, but Middleditch demanding audiences "shit themselves from shock and awe" is definitely up there.  Read more...

More about Hulu, Thomas Middleditch, Behind The Scenes, Justin Roiland, and Solar Opposites