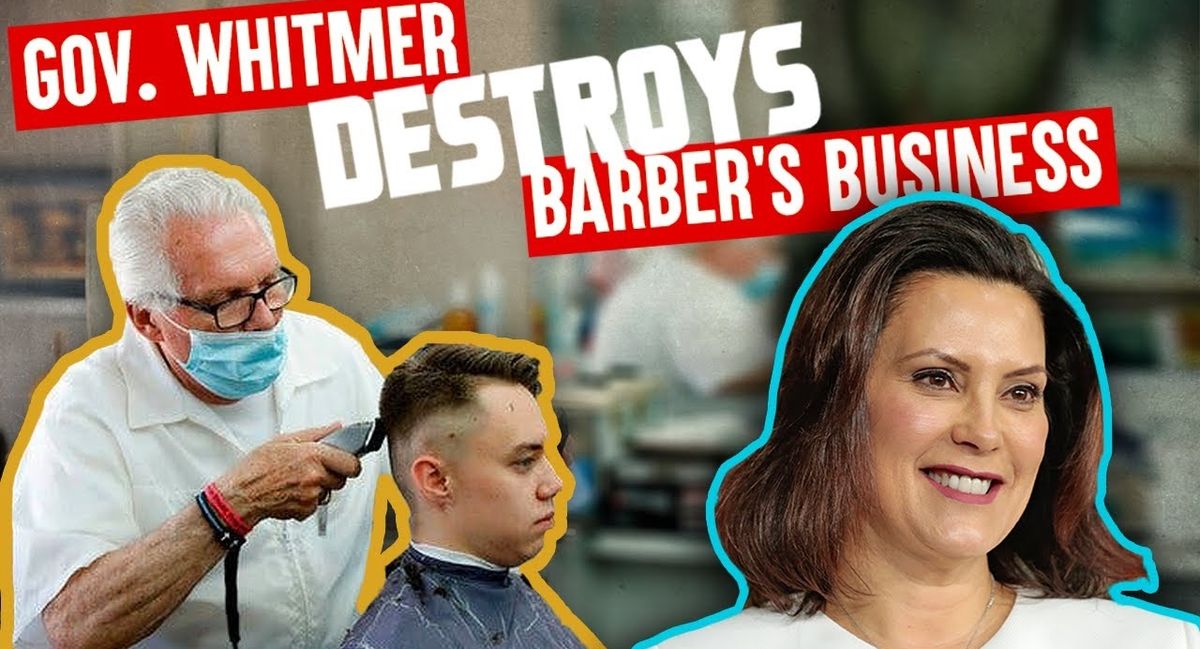 Michigan barber Karl Manke isn't a troublemaker. He's a law-abiding citizen who has done everything possible to financially survive during the COVID-19 lockdown. Eventually, he had no other option: he had to reopen his business in defiance of Democratic Gov. Gretchen Whitmer's stay-at-home orders.

In an interview on the "Glenn Beck Radio Program," Manke, 77, told Glenn, "I'm not backing down" despite Whitmer's seemingly vindictive attempts to shut down his business.

Shortly after reopening, Manke was ticketed for violating Whitmer's stay-at-home order and charged with a misdemeanor. When he still refused to close his doors, the governor's office went a step further and suspended his barber license.

"It's kind of a vindictive thing," said Manke. "I've become a worm in her brain ... and she is going full force, illegally, when legislators told her that she was out of place and this was not her assignment, she decided to take it anyway."

On Thursday, the Shiawassee County Circuit Judge refused to issue a preliminary injunction against Manke. Read more on this update here.

Watch the video clip from the interview below:

To enjoy more of Glenn's masterful storytelling, thought-provoking analysis and uncanny ability to make sense of the chaos, subscribe to BlazeTV — the largest multiplatform network of voices who love America, defend the Constitution and live the American dream.