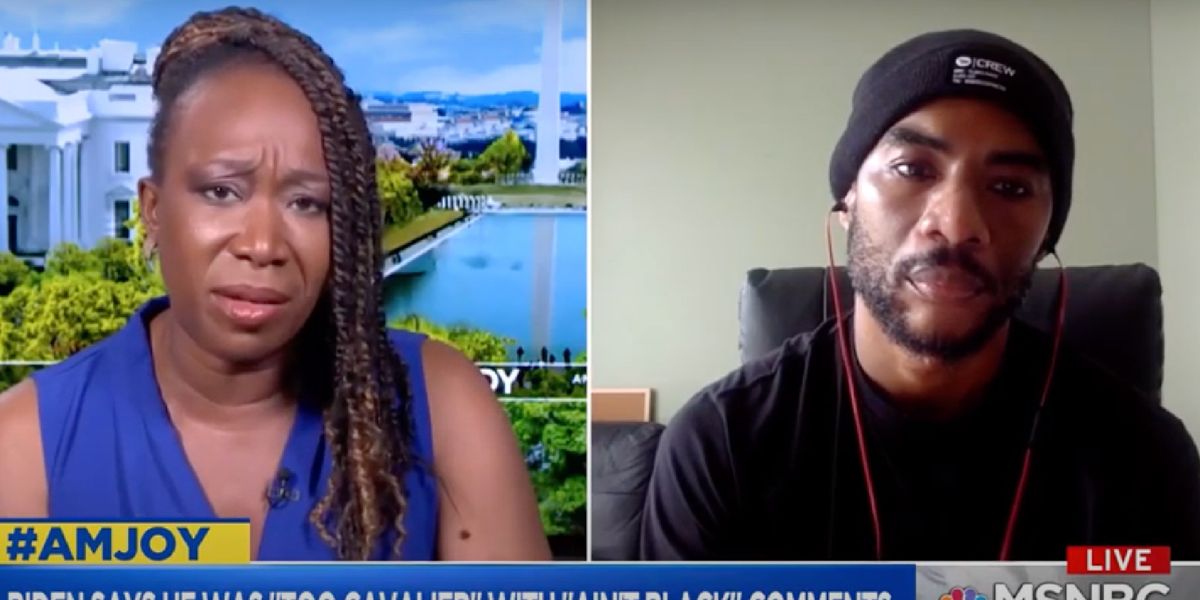 Last week, the radio host spoke with the presumptive Democratic nominee, who said that if the black community didn't vote for Biden, they might not be as black as they think.

"If you have a problem figuring out whether you're voting for me or Trump, then you ain't black," Biden said during the contentious and often awkward interview.

In a Sunday interview with MSNBC's Joy Reid, Charlamagne said that if Biden chooses a running mate such as Sen. Amy Klobuchar (D-Minn.), it could very well spur on a "voter depression" for the black community.

“On top of possible Russian interference and voter suppression, Dems have to worry about voter depression," he said. "That's people staying home on election day because they just aren't enthused by the candidate."

He pointed out that Biden seems to take the black vote for granted, and assumes that it will vote for him simply because he is the Democratic candidate.

"You can't act like this is the most important election ever, but run a campaign from your basement and, you know, not make some real policy commitments to the black community," he said. "Not listening to some of the demands that the black community are making."

Biden issued an apology following the interview with the radio host.

During the exchange with Reid, Charlamagne also added that Biden's apology on its own simply wasn't enough.

"Do you think there's a risk that not just Joe Biden, but the Democratic Party in general just takes for granted that 'Black people are with us,' so we don't have to really give them anything else?" Reid asked the radio host. "'They're going to vote for us regardless.'"

"I know that's the attitude," he answered. "That's why I don't even care about the words and the lip service. The apology is cool, but the best apology is actually a black agenda."