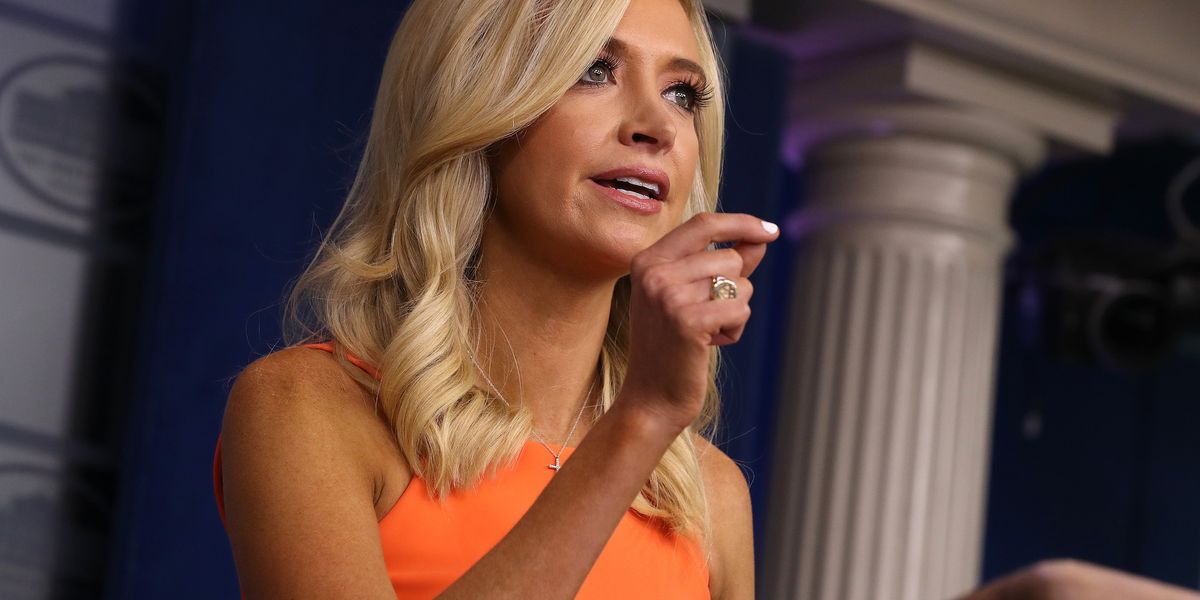 White House press secretary Kayleigh McEnany fired back at the New York Times over a bombshell report that Russia paid bounties to the Taliban to target and kill U.S. troops.

Critics of President Donald Trump pounced on the report to criticize him for either not knowing about the Russian scheme, or not doing anything about it.

The president addressed the controversy in a tweet on Sunday and denied the allegations.

"Intel just reported to me that they did not find this info credible, and therefore did not report it to me or @VP. Possibly another fabricated Russia Hoax, maybe by the Fake News @nytimesbooks, wanting to make Republicans look bad!!!" the president tweeted.

When McEnany was asked to address the issue on Monday, she attacked the New York Times on previous errors they had made in reporting.

"The president is briefed on verified intelligence, and again I would just point you back to the absolutely irresponsible decision of the New York Times to falsely report that he was briefed on something that he, in fact, was not briefed on," said McEnany.

"And I really think that it's time for the New York Times to step back and ask themselves why they've been wrong, so wrong, so often," she added.

McEnany went into a long list of corrections the New York Times had to make on numerous articles and columns.

"It is inexcusable, the failed Russian reporting of the New York Times, and I think it's time that the New York Times and also the Washington Post hand back their Pulitzers," she concluded before walking away.

Russia has denied the report, and so has the Taliban.

Here's the video of McEnany's statement: