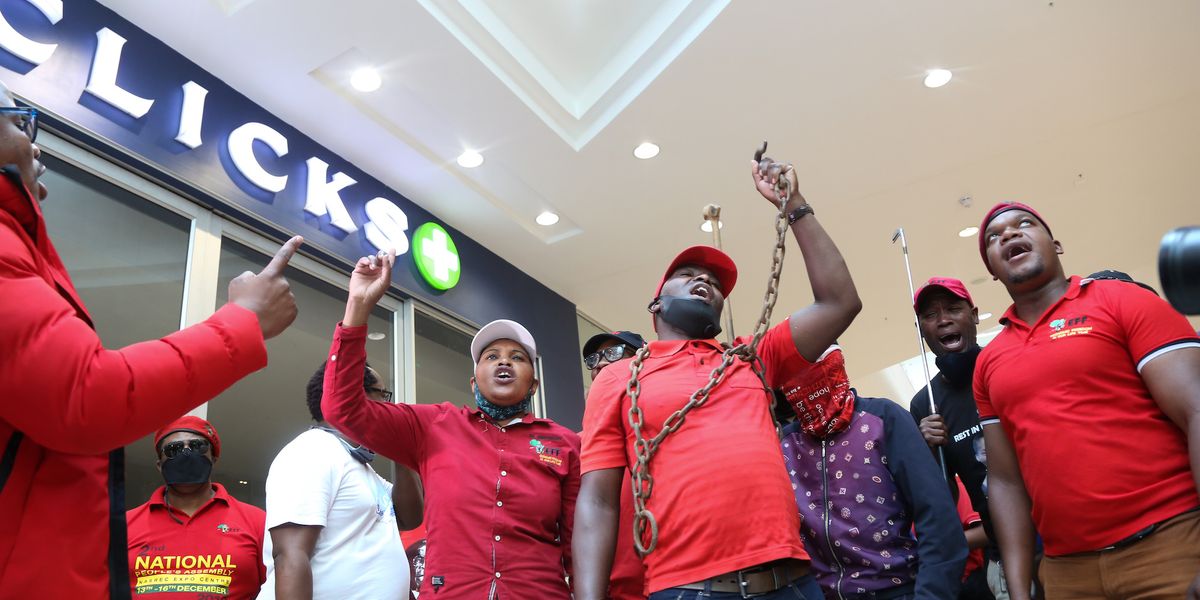 Violent protests have erupted against a chain of pharmacies in South Africa over an ad that compared the hair of a black woman to that of a white woman.

The ad was published by retailer Clicks, who says the ad was supplied to them by American hair care company TRESemmé. Clicks, which has 425 stores, apologized on Friday over the advertisement.

"We would like to issue an unequivocal apology. We have removed the images which go against everything we believe in," the retailer tweeted.

We would like to issue an unequivocal apology. We have removed the images which go against everything we believe in… https://t.co/LuEaoQpDLE

"We do not condone racism and we are strong advocates of natural hair. We are deeply sorry and will put in place stricter measures on our website," Clicks added.

The company also said that the employees involved in the advertisement were suspended.

"This incident has highlighted the need to audit all of our 3rd party (and our own) promotional material for any implicit or explicit bias as well as the need for diversity and inclusivity training for all of our head office employees. This will be urgently implemented," the company said in a statement.

Despite the apology, protesters continued to target the pharmacy shops with peaceful demonstrations that sometimes turned to violent property damage.

The protests have been encouraged by the opposition party Economic Freedom Fighters (EFF), which was founded and led by politician Julius Malema.

Malema has called for all the Clicks stores to be shut down, and accused the advertisement of portraying blacks as inferior to whites.

"It is an assertion that white standards of beauty are to be aspired to and features of black represent damage, decay, and abnormality," said Malema.

In videos posted to social media, protesters can be seen trashing the shelves of the Clicks stores and destroying their displays.

A local news outlet reported that protesters tried to light a store on fire with an incendiary bomb, while other protests included harassment of the management and store employees.

Police are now standing guard at the Clicks at Benfleur in Witbank as EFF protestirs had earlier banged on the glas… https://t.co/LnMxQopBIX

Some stores have been evacuated in order to avoid any injury to the employees.

South African Zozibini Tunzi, the current Miss Universe, agreed in a tweet that the ads were offensive.

Not only is this disrespectful to black lives, it is also evidence of an absence of representation and diversity wi… https://t.co/nyd52vlpof

"Not only is this disrespectful to black lives, but it is also evidence of an absence of representation and diversity within the organization," Tunzi said.

Here's more about the protests in South Africa: