Yes, Patagonia's viral 'Vote The Assholes Out' tags are real. But the slogan isn't new. 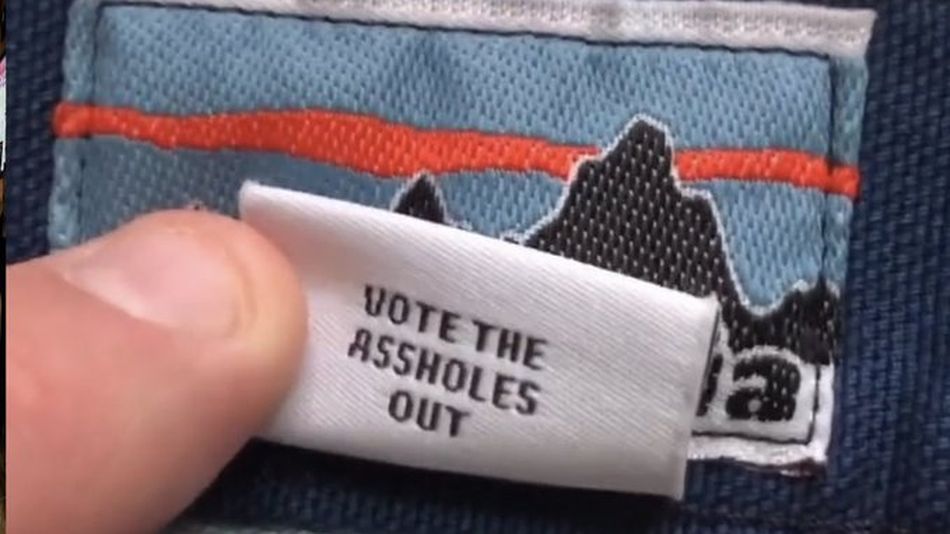 The outdoor clothing and gear company has a long history of environmental activism, but as the world falls deeper and deeper into a harmful climate crisis, Chouinard feels it's imperative to call out climate deniers who hold positions of power. Bluntly.

In addition to providing election resources and encouraging people to vote for climate leaders, Chouinard is also making Patagonia's political stance crystal clear with the slogan, "Vote The Assholes Out."

A photo of a Patagonia clothing tag that features the slogan has recently made the rounds on social media. And though some people were skeptical about the authenticity of the tags, Patagonia spokesperson Corley Kenna confirmed that they're real in an email to Mashable. Read more...