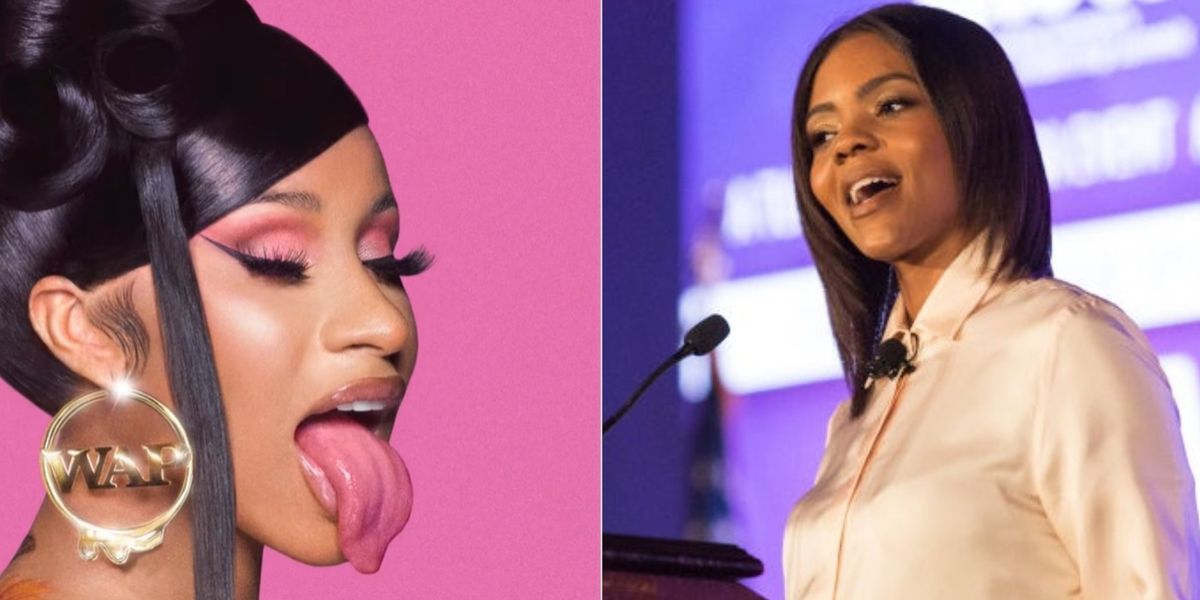 It all started after Candace tweeted a video clip from her interview with the Daily Wire's Ben Shapiro, in which she called Democratic presidential nominee Joe Biden's interview with the "WAP" rapper an insulting attempt to "pander" to black American voters.

"If black Americans aren't insulted by the fact that Joe Biden, who has been hiding in his basement for the entire year, made an appearance and came out because he was going to do an interview with Cardi B—do we have nothing better to offer?" Candace said.

Cardi B shot back with a series of profanity-laced videos, in which she said Candace has an "identity crisis" and doesn't care about black Americans because she's married to a white man, who she then likened to an "upper-class KKK in the United Kingdom."

Candace followed up with several tweets, one urging black Americans to wake up to "Democrat racism," another mocking wealthy "Hollywood idols," and finally a victorious tweet saying she "broke" Cardi B.

Malcolm X warned us years ago about the puppetry of interviews like Cardi B and Joe Biden. He always spoke out ag… https://t.co/PdKRgJQwhu

She is still tweeting about me. I broke @iamcardib. https://t.co/DvNQKiSzss

Watch the video below to get more of the details from Dave Rubin:

To enjoy more honest conversations, free speech, and big ideas with Dave Rubin, subscribe to BlazeTV — the largest multi-platform network of voices who love America, defend the Constitution and live the American dream.