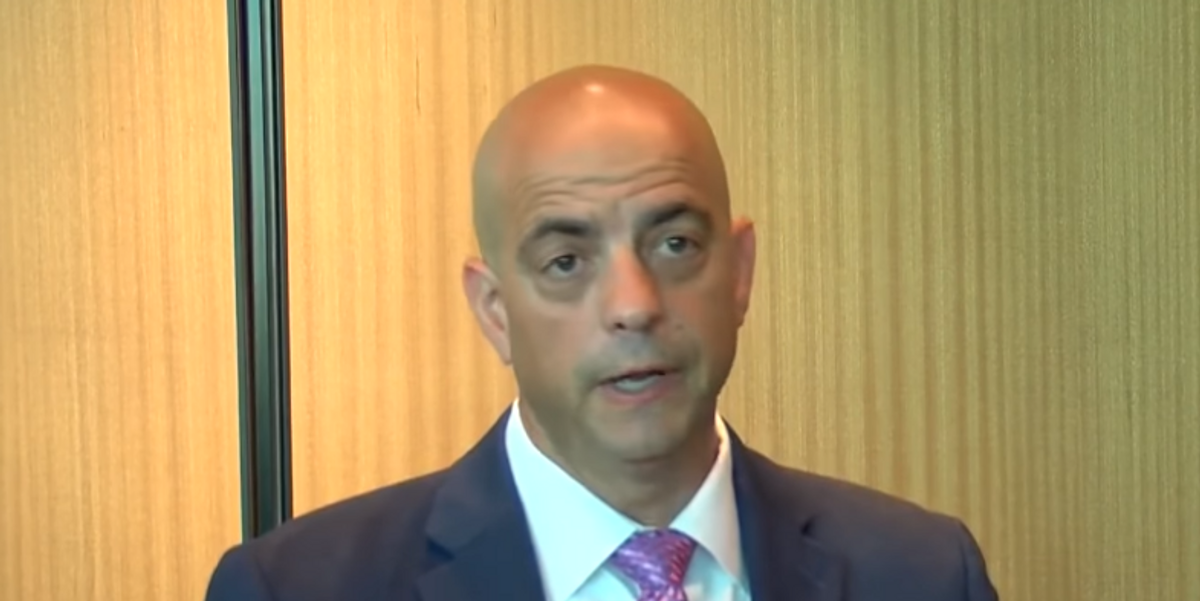 There was a tragic mass shooting in Rochester this weekend where 14 people were shot, and two teenagers were killed at a party, where more than 40 rounds were fired. The two people killed were identified by police as Jarvis Alexander and Jaquayla Young, both age 19. All of the shooting victims are between the ages of 17 and 23. Rochester Police Department Captain Frank Umbrino gave a press conference about the mass shooting where he criticized policies by Democrats that he said have made the New York less safe.

Umbrino was asked about enforcing new gun laws to stop shootings, and he responded by saying New York has "some of the toughest gun laws in the country." He then asked, "Why are we going to create more laws when we don't enforce the laws that are on the books?"

"I've been doing this a long time, and I've been involved in hundreds of homicide investigations here in the city of Rochester," the captain said. "Do you know how many of those homicide investigations involved individuals that owned legally-registered handguns? Honestly, I can't remember one that wasn't justified or ruled as justified by a grand jury in which a suspect committed a murder with a legally owned handgun."

"So again, if these politicians want to get up and spew that we need more gun laws, they're just lying, they don't want to answer the real questions that need to be answered," Umbrino said.

"I'm not surprised by the violence that's been taking place," Umbrino said, as reported in The Daily Wire. "You know, I'm going to get in trouble, probably, for this, but if I hear one more politician talk about what we need to do to stop the violence; we need more gun laws, we need this, we need that — quite frankly, I'm going to vomit. These people who say that have no idea what they are talking about."

"We have a lot of gun laws currently on the books that we don't enforce. I shouldn't say we don't enforce — we enforce them, but you have individuals locked up for illegal handguns, and being released from custody the next day," the captain said, referring to bail reform. "That's disgusting. How does that happen?"

"So, if anybody is surprised that there's been an uptick in violence, since we don't enforce the current gun laws that we have, I don't know what to tell ya. But those are the facts," Umbrino added. "These politicians that wanna say we need more gun laws, we need this, we need that, do me a favor: just stop talking, because you really don't know what you're talking about."

Captain Umbrino then lambasted bail reform, a policy that Democrats have recently embraced.

"Bail reform, in my opinion — as a 30-year veteran in law enforcement, and working in the city of Rochester for the last 30 years — bail reform has a significant impact on the amount of crime and the uptick in crime that's been occurring in our community and throughout New York state," he claimed. "Look at the numbers. … the numbers are terrible. And anybody that says bail reform is not part of the blame in that is fooling themselves. And stop telling us that."

Umbrino said he has been talking to local residents who have been "getting frustrated" in the last three weeks. This when the anti-police brutality protests regarding the death of Daniel Prude, who died in police custody, started. The captain said local residents were getting upset with outsiders and they told him they wanted these people to "get the hell out of our city and let us take care of our problems the way we need to take care of them."

"It's a tragedy, unfortunately, it's another innocent person that's gunned down for absolutely no good reason whatsoever, it's heart-wrenching when you have innocent people getting killed," Umbrino stated. "I just hope, a month from now, everybody remembers their names."

No suspects in the mass shooting are in custody. The police investigation is ongoing.

Umbrino's comments about gun control and bail reform begin at the 11-minute mark.