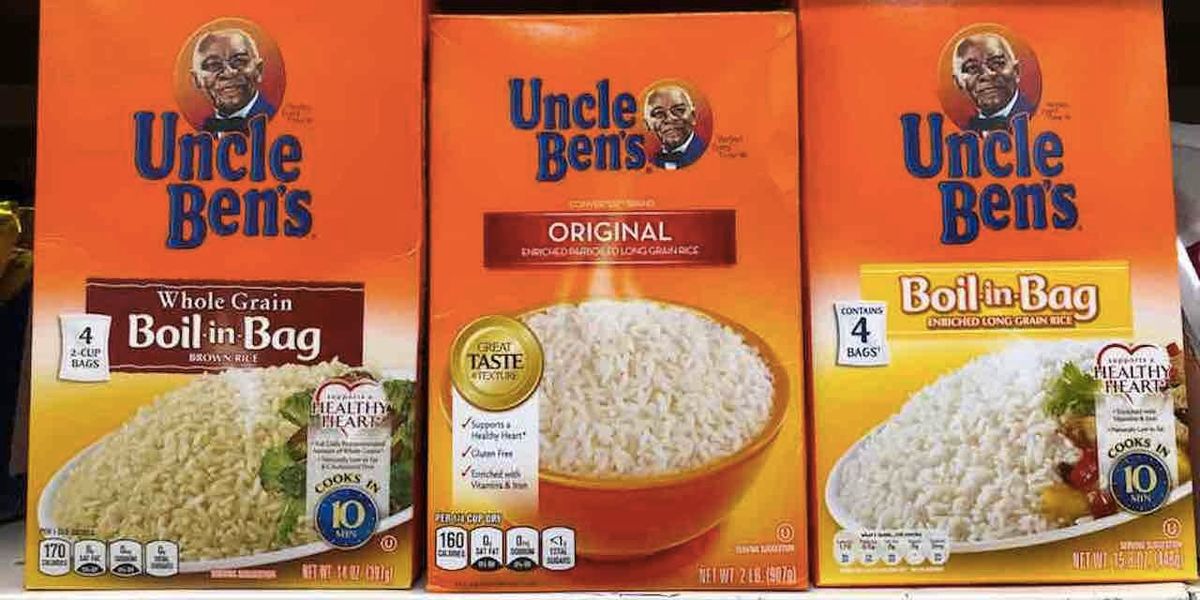 Uncle Ben's rice finally has a new name after its old moniker and instantly recognizable logo was deemed racially insensitive amid the George Floyd rioting and a flurry of similar moves to amend the names of other products in the name of political correctness.

The brand now will be called Ben's Original and no longer will use the image of a black man on its boxes, the New York Daily News reported, citing a Wednesday announcement from the product's parent company Mars Inc.

The new logo simply reads "Ben's Original" in blue lettering over an orange background — which are the longtime colors of the rice brand.

Uncle Ben's rice will now be called Ben's Original, and new packaging with a new logo will hit stores next year. Pa… https://t.co/FAkfz2e626

"We listened to our associates and our customers, and the time is right to make meaningful changes across society," Mars Food executive Fiona Dawson said in a statement, according to the Daily News. "When you are making these changes, you are not going to please everyone. But it's about doing the right thing, not the easy thing."

In June, Mars Inc., announced it would change the rice's moniker in order to stand against racial stereotypes in advertising.

The rice has been sold in the United States under the Uncle Ben's brand since 1947.

"Racism has no place in society," a portion of the company's statement read in June. "We stand in solidarity with the Black community, or Associates, and our partners in the fight for social justice. We know to make the systemic change needed, it's going to take a collective effort from all of us — individuals, communities, and organizations of all sizes around the world."

Also over the summer, Quaker Oats announced that the famous Aunt Jemima brand of breakfast syrup and pancake mix — which is 130 years old — would be going away because it perpetuates racial stereotypes.

Eskimo Pie also planned on changing its name. And L'Oreal, the world's largest cosmetic and beauty company, said it would stop using the word "whitening" on its products — and the Houston Association of Realtors decided to axe the word "master" in descriptions of bedrooms and bathrooms on real estate listings; in its place will be the term "primary."

Also, the Court of Master Sommeliers, which "sets the global standard of excellence for beverage service within the hospitality industry," will stop using the term "master sommelier."