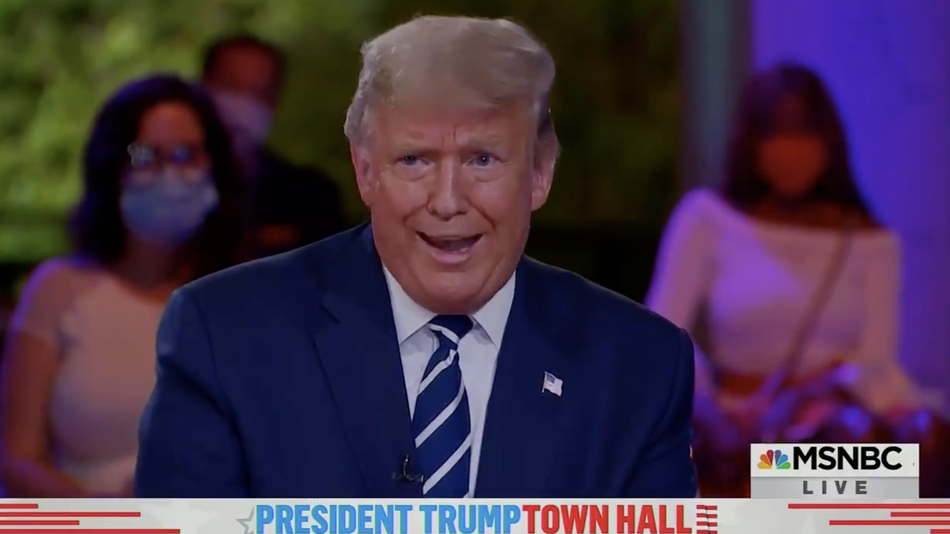 "Let me ask you about QAnon: It is this theory that Democrats are a satanic pedophile ring and that you are the savior of that," NBC News' host Savannah Guthrie said to Trump. "Can you just once and for all just state that that is completely not true?"