Ranting actress claims Trump supporters 'f***ing boxed me in' on freeway, cries that they were 'pointing at me and laughing at a Mexican' 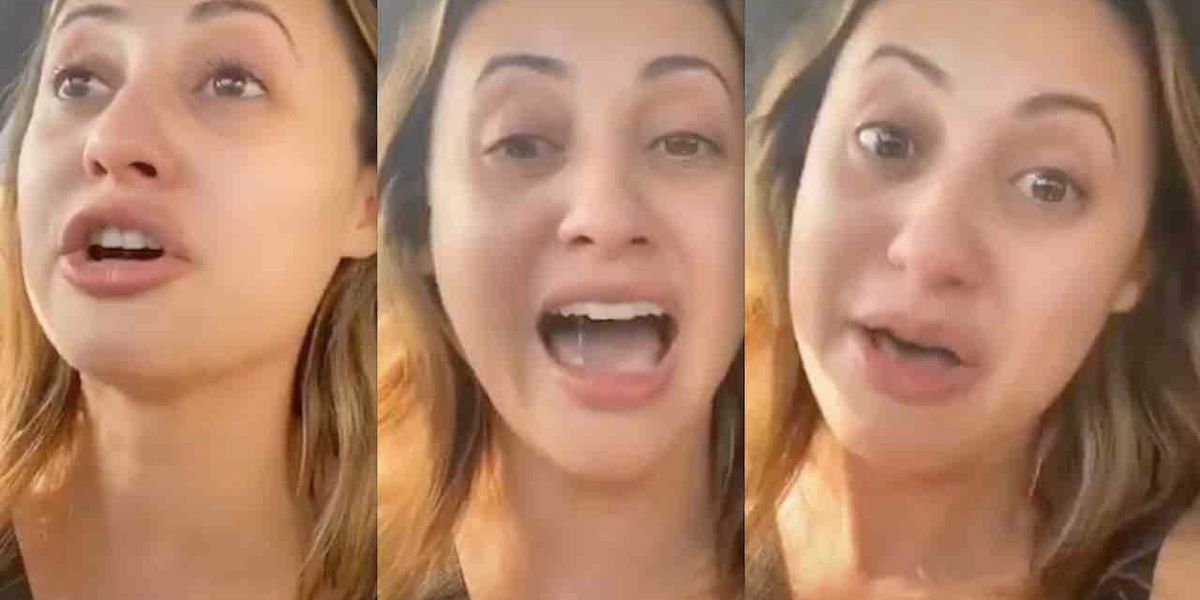 Actress Francia Raisa claimed Sunday, without evidence, that supporters of President Donald Trump traveling to a rally boxed her in while she was driving on Interstate 405 in southern California, wouldn't let her go around, and ridiculed her in the process.

"I was just on the 405, and I got stuck in that stupid Trump rally, and they f***ing boxed me in and they're pointing at me and laughing at me, saying, 'Ha ha.' And literally I almost crashed because they wouldn't let me out," she said. "I was trying to go around it. ... They boxed me in on the f***ing freeway. All I wanted to do was go around. And they were just being so violent. I could have crashed. I could've f***ing crashed. It was so dangerous. And I just don't understand why that's the country that y'all are supposedly wanting right now. Really? That's what makes America great? That's f***ed up. I could have f***ing died right now. That was so f***ing dangerous, pointing at me and laughing at a Mexican. Oh God, that was really f***ing scary."

'The line of cars seems to go for miles and miles'

TMZ posted a gushing story about Raisa's so-far unverified claims, noting Twitter clips and photos of a Trump caravan that appeared to be heading south to Newport Beach in Orange County for a Trump fundraiser:

"To celebrate, it seems like a parade of Trump flag-waving drivers are clogging the lanes and cruising incredibly slow to take their sweet time," TMZ wrote.

"The line of cars seems to go for miles and miles — the distance from central L.A. to Newport is about 44 miles give or take — and lots of people are posting shots of the traffic jam, either in the thick of it, or passing ... so it's clear Francia dealt with something wild out there," the outlet added.

What was the reaction to Raisa's claims?

As you might imagine, lots of fans and fellow left-wingers lined up behind Raisa and used her unverified claims as a reason to not vote for Trump on Election Day — but not everyone was buying her story:

"So she was driving peacefully down the road and then was attacked and tormented for no reason? That doesn't even make sense," one Twitter user said. "Was she flipping people off or yelling or bring an a**hole? All different colors of people today on videos from highway. No one cares that you're Mexican!"

This user claimed Raisa was doing the tormenting: "OMG!! what a liar!! This girl has no shame. I was in that rally; she passed us with anger flipping everybody like there is no tomorrow! So they did not move out of her way... it was in [a] Latinos for Trump parade!! Why the hell are you playing the Mexican card??"

And Trump-supporting singer Joy Villa — who famously donned a "Make America Great Again" dress at the Grammys in 2017 — delivered the following video response: