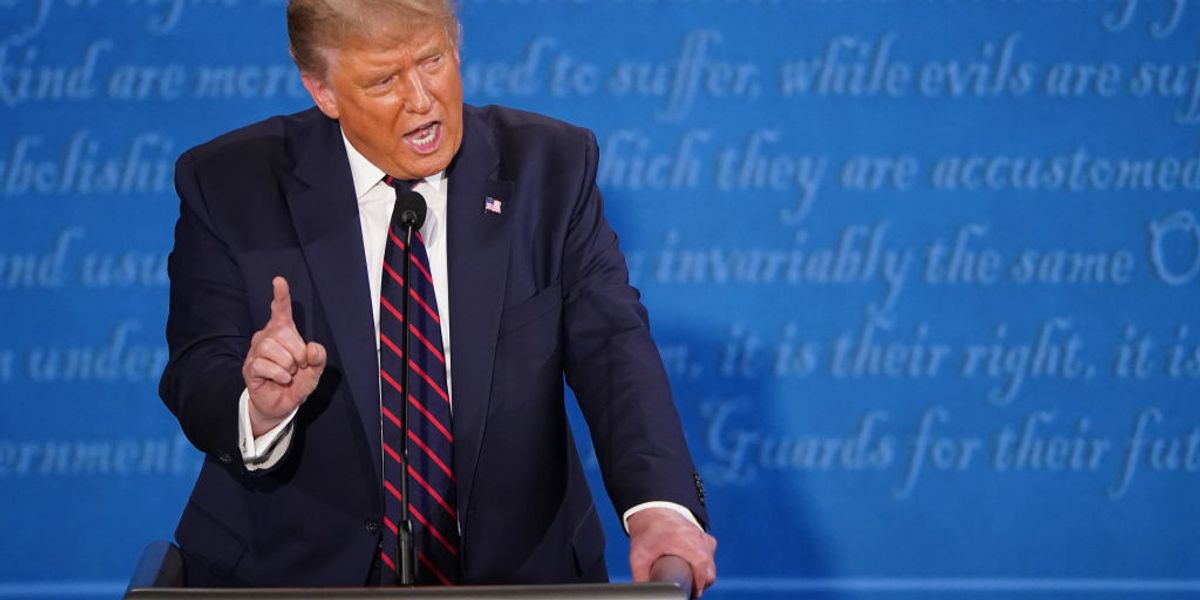 President Donald Trump's campaign wants the Commission on Presidential Debates to "recalibrate" the topics for the final presidential debate to include foreign policy, a topic that would allow Trump to pressure Vice President Joe Biden on his son's foreign business dealings.

"The topics announced by Kristen Welker ... are serious and worthy of discussion, but only a few of them even touch on foreign policy," Stepien wrote. "As is the longstanding custom, and as had been promised by the Commission on Presidential Debates, we had expected that foreign policy would be the central focus of the October 22 debate. We urge you to recalibrate the topics and return to subjects which had already been confirmed."

Our letter to the BDC (Biden Debate Commission) https://t.co/ZsY5JfMbT7

"We understand that Joe Biden is desperate to avoid conversations about his own foreign policy record," the letter continued, going on to tout Trump's foreign policy accomplishments and criticize Biden's record.

Stepien, referring to recent allegations made against Biden in reports published by the New York Post, accuses Biden of being a "financial beneficiary of a deal arranged by his son Hunter and a communist Chinese-related energy company." He also accused the debate commission of protecting Biden from facing questions on his record.

"It is completely irresponsible for the Commission to alter the focus of this final debate just days before the event, solely to insulate Biden from his own history," Stepien wrote.

He accused the CPD of engaging in other "pro-Biden antics."

"The Commission's pro-Biden antics have turned the entire debate season into a fiasco and it is little wonder why the public has lost its faith in objectivity," he said.

"For the good of campaign integrity, and for the benefit of the American people, we urge you to rethink and reissue a set of topics for the October 22 debate with an emphasis on foreign policy. This is what the campaigns had agreed to and it has been the tradition of past campaigns," the letter concluded. "We await your immediate reply to these concerns. We further advise you that there is no reason to consult with the Biden campaign before replying because we all know what they think."

The final presidential debate between Trump and Biden is scheduled to take place on Thursday, Oct. 22, at 9 p.m. ET at Belmont University in Nashville, Tennessee. The debate will follow the format of the first debate, devoting 15 minutes to each topic and providing each candidate with two minutes to respond to prompts from the moderator.