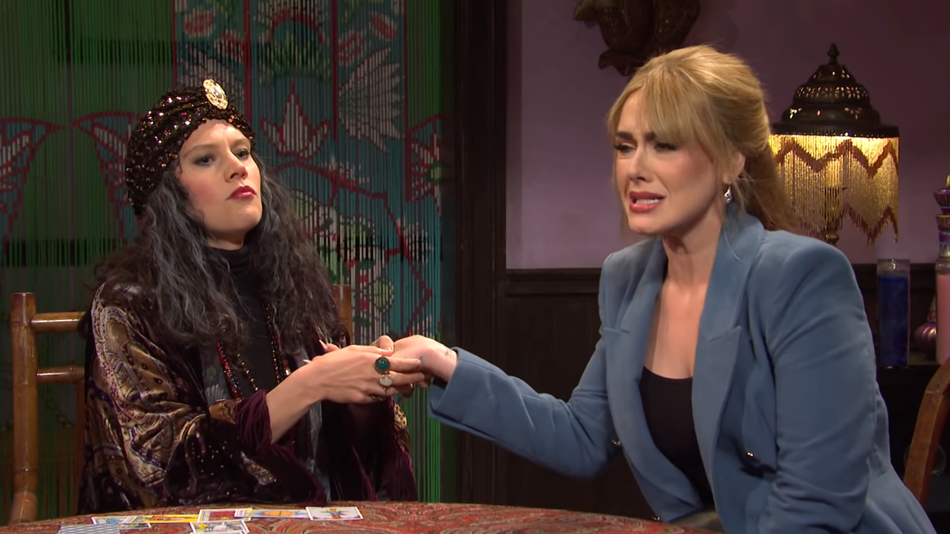 Remember back in 2019 when many of us – a majority of Americans, at least – looked ahead hopefully to the 2020 election year and the change it promised to bring? What suckers we were.

Saturday Night Live's funniest sketch of the night and the season so far casts Kate McKinnon as a palm reader in 2019. When a group of friends show up to see what their future holds in the next year, all they get is a series of puzzling and increasingly alarming response.

The whole thing works because it exposes the reality we live with now. Things that would've made no sense whatsoever in December 2019 if you'd said them out loud are now, less than a year later, universally recognizable and relatable.  Read more...