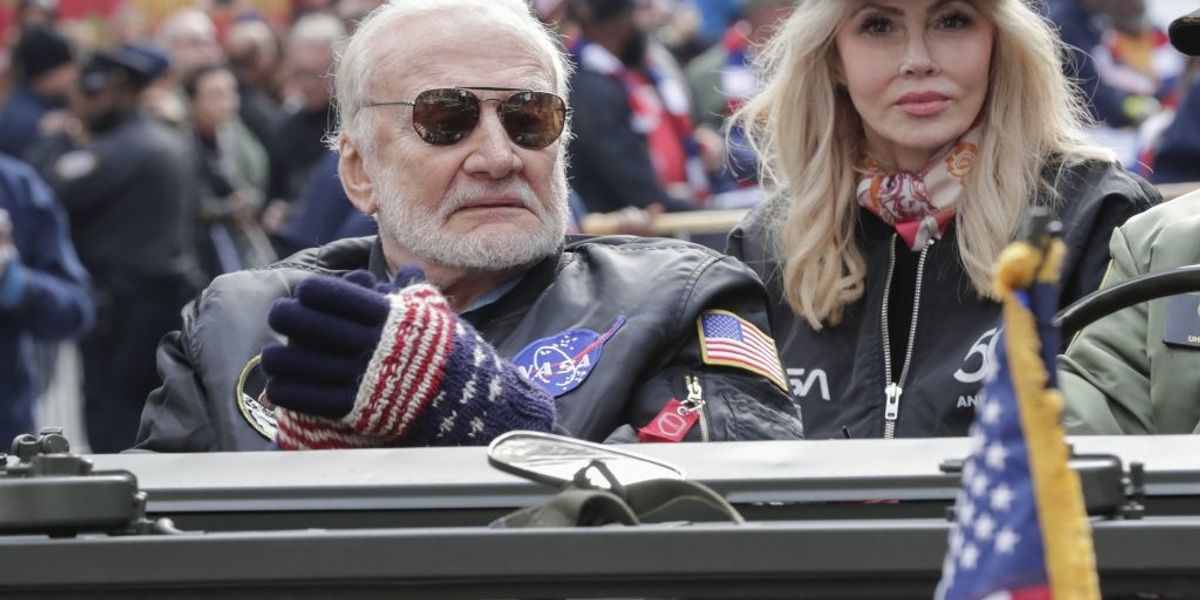 "Martha, check six - Mark? Buzz - over 100 jet hours in Arizona," Aldrin wrote on Twitter. "12 o'clock is straight ahead. 6 o'clock is behind. Fighter pilots understand what 'check six' means in FTR lingo talk. Martha, wave as you move ahead past Mark, to 12 o'clock, and you win for Arizona!"

12 o’clock is straight ahead. 6 o’clock is behind. Fighter pilots understand what “check six” means in FTR lingo t… https://t.co/mQY6WN87Vv

Edwin "Buzz" Aldrin, who is a retired Air Force pilot, was speaking in aviation terms to McSally because she is also a former United States Air Force pilot. As commander of the 354th Fighter Squadron and an A-10 Thunderbolt II pilot, McSally was deployed to Afghanistan during Operation Enduring Freedom. McSally became the first woman in U.S. history to serve as the commander of any combat aviation squadron, to include fighters and bombers.

McSally thanked the iconic astronaut for his support.

"Absolute honor to have the support of hero astronaut Buzz Aldrin in this mission," McSally said on Twitter. "We must hold this seat, the Senate, and save the country. It's a dog fight, and as we fighter pilots say: Fight's On!"

Absolute honor to have the support of hero astronaut Buzz Aldrin in this mission! We must hold this seat, the Sen… https://t.co/i04cirIq7r

Besides Aldrin, the celebrated Apollo 11 Lunar Module pilot and one of 12 humans who have walked on the moon, McSally has also been endorsed by three other former astronauts.

"As former fighter pilots and test pilots, we know what it takes to get in the cockpit of a fighter jet for a test flight or combat: incredible determination, strength and grit," the former astronauts, who have spent about 2,400 hours in space combined, wrote earlier this month. "That's why we support Sen. Martha McSally. As the first woman in U.S. history to fly a fighter jet in combat and command a fighter squadron, she broke barriers in the Air Force and the military."

Despite losing the coveted astronaut vote, Kelly is leading in the polls. Kelly, the Democratic U.S. Senate candidate, is leading by 5.6 points, according to RealClearPolitics.

Earlier this month, Kelly issued an apology after his deputy press secretary referred to police officers as "worthless f***ing pigs" in a tweet.