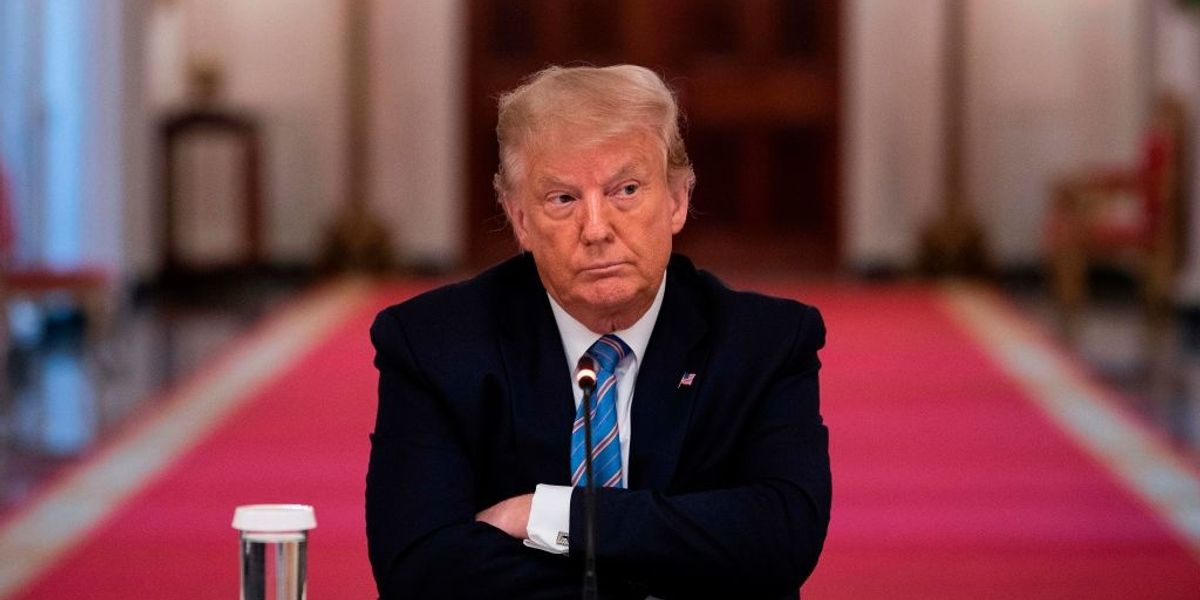 If President Donald Trump wins re-election next month, he will move to "immediately" dismiss at least three senior government officials, according to a new report from Axios.

According to Axios, Wray will be first on the chopping block.

Two sources who reportedly have discussed the plans personally with Trump told Axios that Wray and Haspel are "despised and distrusted almost universally in Trump's inner circle." One source told Axios that Trump would have fired both officials already, but did not want to instigate another political headache before Election Day.

Trump is reportedly angry that Wray has not opened an investigation into Hunter Biden's foreign business dealings, which have come under intense scrutiny this month after the New York Post obtained a hard drive that reportedly belonged to Hunter Biden. According to Axios, Trump was also angry when Wray told Congress last month that he has not seen evidence of widespread voter fraud.

Meanwhile, Trump is reportedly angry that Haspel has opposed declassifying documents that would aid U.S. Attorney John Durham's investigation into the origins of the Trump-Russia investigation.

"The view of Haspel in the West Wing is that she still sees her job as manipulating people and outcomes, the way she must have when she was working assets in the field," one source told Axios. "It's bred a lot of suspicion of her motives."

Another source, however, said Haspel is considering leaving her post "regardless of who wins the election."

And as for Esper, Trump was reportedly not happy with the defense secretary for not supporting a plan to send active-duty military units into American streets as a response to the racial unrest that plagued cities nationwide in the early summer.

Fox News confirmed that Wray likely will be fired if Trump wins re-election.

"Advisers have consistently told POTUS to wait until after the election if he wants to replace Wray," a senior administration official told Fox News.

The same official rebuffed news that Haspel's relationship with the president has soured.

"Haspel isn't going anywhere, " the official told Fox News. "POTUS has a good relationship with her."

Regarding Esper, the administration official told Fox News that Esper was also on his way out, although it remains to be seen whether Esper will resign or Trump will fire him.

It is not yet clear who might succeed Wray, Haspel, or Esper.