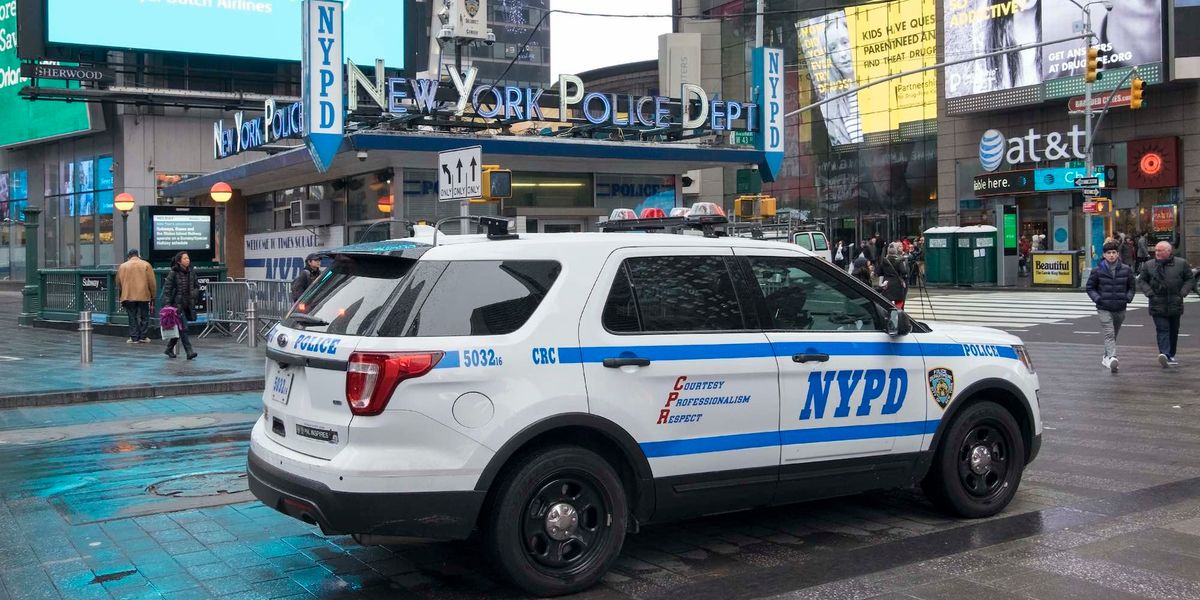 New York City leaders were enraged over the weekend after an NYPD officer declared "Trump 2020" over his patrol car loudspeaker multiple times Saturday night and told the public they would find and deal with him.

Now that NYPD officials have suspended the officer, the police union is ripping city and police leadership for their actions, declaring the move to be a blatant double standard, the New York Post reported.

After video of the cop's actions went viral, Mayor Bill de Blasio (D) vowed to find and take action against the offending officer, saying, "Let me be clear: ANY NYPD Officer pushing ANY political agenda while on duty will face consequences. We will act fast here, and this will not be tolerated."

NYPD officials also said they were investigating the incident, and Chief of Department Terence Monahan promised the cop in question would "be dealt with."

According to the Post, police sources identified the officer as Arthur Becerra of the 70th Precinct, and he was suspended without pay Sunday.

What did the union say?

The Sergeants Benevolent Association went after NYPD and city leadership, accusing them of a "double standard" since the officials who declared a political statement by law enforcement to be "one hundred percent unacceptable" had only praise for Chief Monahan when he took a knee with Black Lives Matter protesters.

"The NYPD has a history of officers making political & outside the norm statements & ignoring it," the SBA tweeted. "Suspending, this officer is unnecessary & way over the top. Chief of Departrnent [sic] took a knee with protestors no disciplinary action was issued. What if the officer supported Biden?"

The NYPD has a history of officers making political & outside the norm statements & ignoring it. Suspending, this o… https://t.co/kilcVJmMDM

After the NYPD reported that the officer who had shouted "Trump 2020" had been immediately suspended without pay, the SBA responded, "What's the status of this investigation? Oh wait double standard white shirt immunity!" — referring to Monahan's BLM protest photo.

Then the union had a direct comment for Monahan himself, saying that his ... manhood ... was under the control of Mayor de Blasio.

"Terence you said nothing when Captains & Chiefs took a knee with violent protesters who injured members of the NYPD," the SBA tweeted. "You say nothing to those who sing & dance in uniform. Now your little itsy-bitsy balls are in DeBlasio's [sic] palm & you tweet nonsense. Relax & take a knee!"

Terence you said nothing when Captains & Chiefs took a knee with violent protesters who injured members of the NYPD… https://t.co/EHxwRAizId