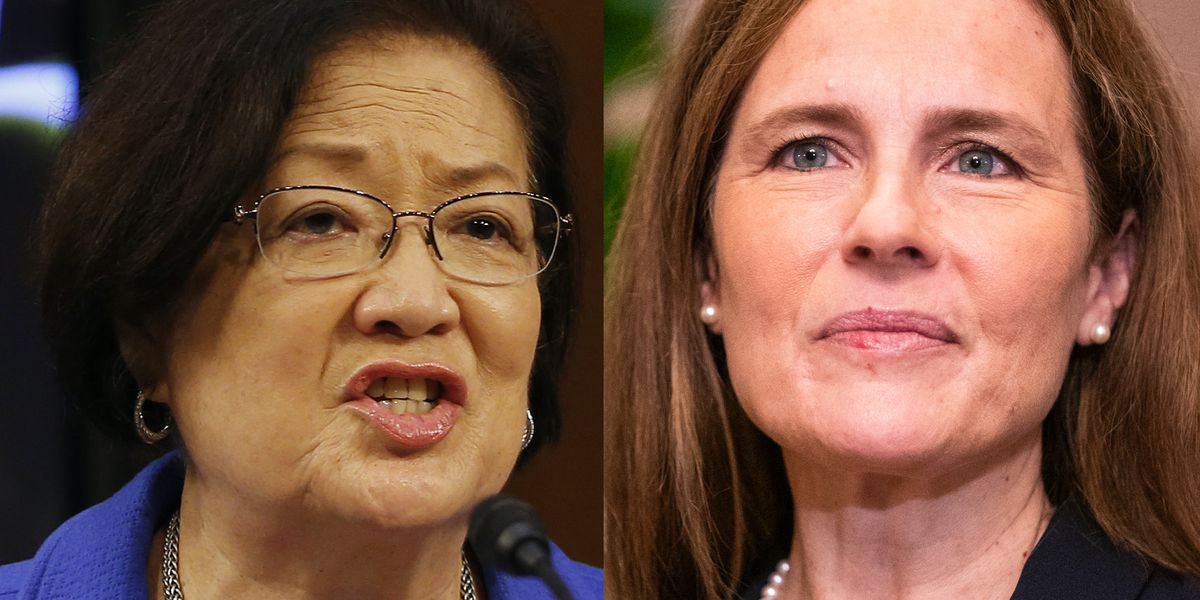 Sen. Mazie Hirono of Hawaii has been one of the most vocal Democratic opponents to the nomination of Judge Amy Coney Barrett to the Supreme Court and she manifested her fury on the Senate floor during the roll call vote on Monday.

Hirono registered her vote against the nomination by saying, "hell no!" and stomping off. Her vote was caught on video.

A clip of her petulant vote was circulated on social media:

Hirono was among the Democrats who questioned whether Barrett could be fair in her Supreme Court decisions given that she is so devoted to her Catholic faith. Others accused Hirono of religious bigotry over the suggestion.

"Look, it wasn't her religious views — it's anybody's views that they bring to their decision-making," Hirono said last month about Barrett's faith.

"So they keep telling us that none of the things they wrote or said yesterday should infringe on their decision, but how can we be assured that they can be objective?" she added. "Why should we say you get a lifetime appointment so that you can reflect your ideological agenda in your decision-making?"

"Judge Amy Coney Barrett is a clear and present danger to the rights and protections [Ruth Bader Ginsburg] fought for. The American people are paying attention and voting," she tweeted.

Hirono is also among the critics of the Barrett nomination who are demanding that Democrats pack the Supreme Court with extra seats for liberal justices after the election as revenge against Republicans.

Despite Hirono's opposition and that of the Democrats, Barrett's nomination was approved by Republicans in the U.S. Senate on Monday by a vote of 52 to 48.

The Associated Press reported that Justice Clarence Thomas administered the Constitutional Oath to Barrett before a crowd of about 200 on the South Lawn at the White House. She will be able to participate in the court Tuesday after taking the Judicial Oath administered by Chief Justice John Roberts in a private ceremony.

Here's more about the vote to put Barrett on the Supreme Court:

This story has been updated.