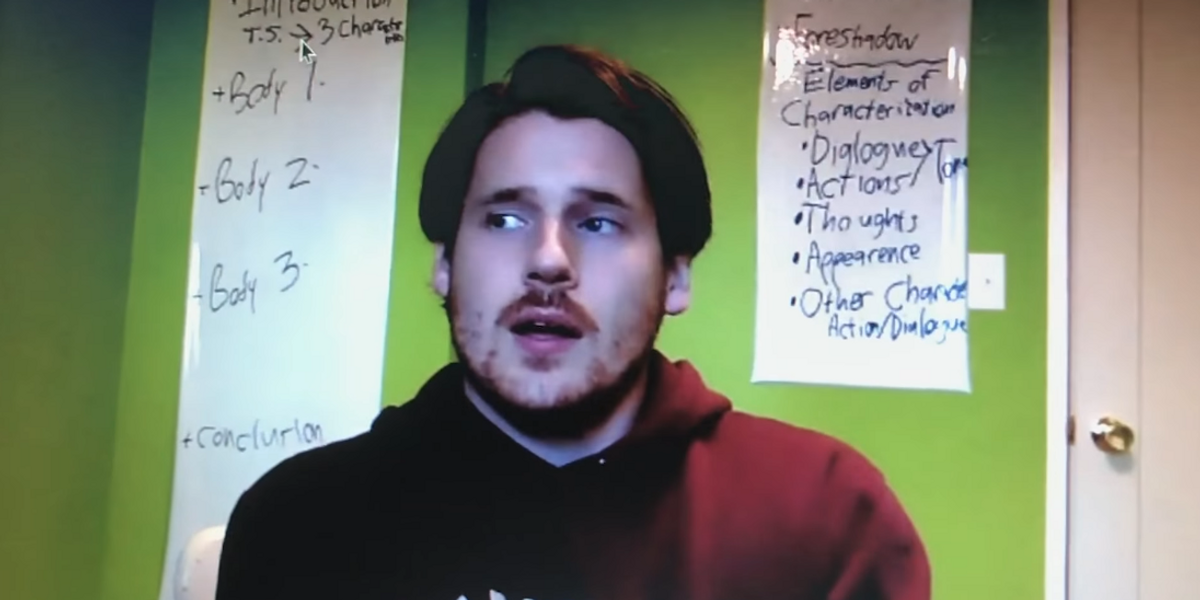 A middle school teacher in Washington state kept a 13-year-old student after class to lecture him over his support for President Trump — and the student recorded the whole thing.

It's the latest in a growing string of incidents in which teachers are bringing their anti-Trump political biases into the classroom. Now that remote learning is more prevalent, more and more incidents are being caught on tape.

Connor Seaman, a language arts teacher at Kopachuck Middle School in Gig Harbor, had apparently taken issue with the student's choice of Trump as his "hero" for a recent assignment. So he asked the student to stick around after class for a quick chat before he proceeded to spend nearly 10 minutes attempting to convince the student that his hero's immigration policy is nonsensical and "racist."

KTTH-TV talk radio host Jason Rantz, who first reported the news, said, "What started off as a reasonable — and correct — conversation about proper sourcing quickly devolved."

Like Rantz said, at first it appeared that Seaman would simply advise the student to use more than one source for his project and move on, but that was not the case. Before long, the obviously anti-Trump educator proceeded to grill the student on border wall effectiveness and immigration policy.

After spending a few minutes debating border wall construction with the student, Seaman cut to the chase with a pointed question for the student: "Why is it heroic to make a wall to keep out immigrants?"

From this point on, it is blatantly obvious that Seaman intends only to lecture the student — not on his project, but on his politics. First, he compares illegal crossings to jaywalking, and soon after, he sets up something of a false dichotomy, asking, "What would be a bigger accomplishment: lowering murder rates or lowering illegal border crossing?"

The clever student stood his ground for a while, but eventually grew tired of the lecture and asked if he could leave. Yet, amazingly, Seaman pressed on to make a few final points.

"So if you're gonna introduce bullet points, you kinda have to back [them] up with why that's heroic. Because a lot of people who would argue that it's not heroic and ... a lot of the rhetoric that has been said has been very racist," Seaman said in reference to a 2015 speech in which Trump alleged Mexico was sending "rapists" and "murderers" into the United States.

"It's pretty racial language, so a lot of people would argue that it's actually creating a lot of racist tensions by saying that," he argued.

After seeing the video, the student's mother reportedly contacted both the school's superintendent and principal. According to KTTH-TV, the principal acknowledged that the lecture was inappropriate and passed along that Seaman was apologetic.

The district, however, has come to Seaman's defense.

"The comment that the teacher tried to convince the student he was wrong for supporting President Trump's immigration policy is not accurate," district spokesperson Aimee Gordon told the local news outlet. "The student and teacher spoke about immigration policy in the context of providing evidence for why President Trump is a hero. The teacher's intent was to encourage the student to use more than one source (whitehouse.gov) for his assignment."