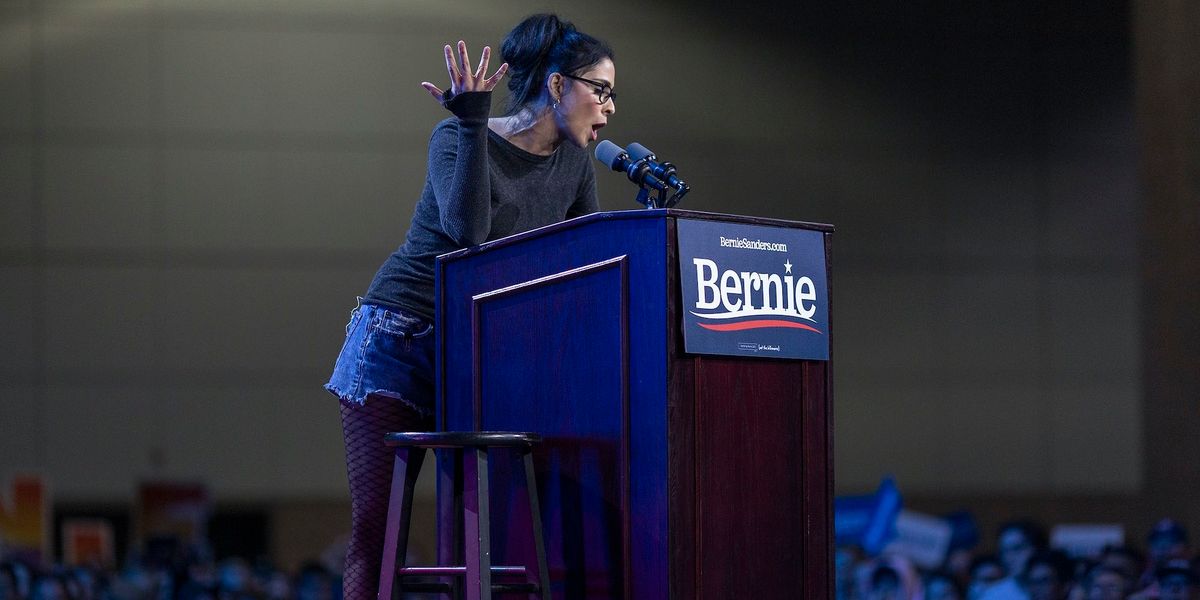 The progressive cancel culture has been on a tear in recent years.

Left-wingers have repeatedly attempted to end the careers of any celebrity (or would-be celebrity) or politician or faith leader who not only says things the radical left opposes but refuses to toe the liberal line on policies, politics, and culture. For example, look at the attempt to take down Christian megastar actor Chris Pratt when he declined being part of a fundraiser for Democratic presidential candidate Joe Biden.

But there's at least one member of the liberal progressive crowd who is coming out in opposition to cancel culture: comedian and actress Sarah Silverman.

What did she say?

In a recent episode of her new podcast, Silverman lamented progressives' penchant for attacking someone over a tweet or statement from years before and demanding the "person should be no more, banish them forever."

The comedian noted that people who are rejected are going to find someplace where they can find love or acceptance.

She went on to tell fellow liberals that they need to offer a "path to redemption" or risk losing people forever as they seek a tribe that will embrace them.

"In this cancel culture, and we all know what I'm talking about," Silverman said, "whether you think there is one or there isn't one or where you stand on it — and there's a lot of gray matter [sic] there — but without a path to redemption, when you take someone, you found a tweet they wrote seven years ago or a thing that they said, and you expose it and you say, 'This person should be no more, banish them forever.' They're going to find someplace where they are accepted.

"And it's not going to be with progressives," she warned. "Which ironically means to be changed, progress."

For the left, this should be concerning, she said, because that means people will be going to the "motherf***ing dark side."

"If we don't give these people a path to redemption, then they're going to go where they are accepted, which is the motherf***ing dark side," the comedian continued. "I think there should be some kind of path."

"Do we want people to be changed?" she asked. "Or do we want them to stay the same to freeze in a moment we found on internet from 12 years ago, and so we can point to ourselves as right and them as wrong?"

Dipping my toe into a take on cancel culture in episode 2. #SarahSilvermanPodcast eps 1-5 Here:… https://t.co/Sbl8gV8NdB