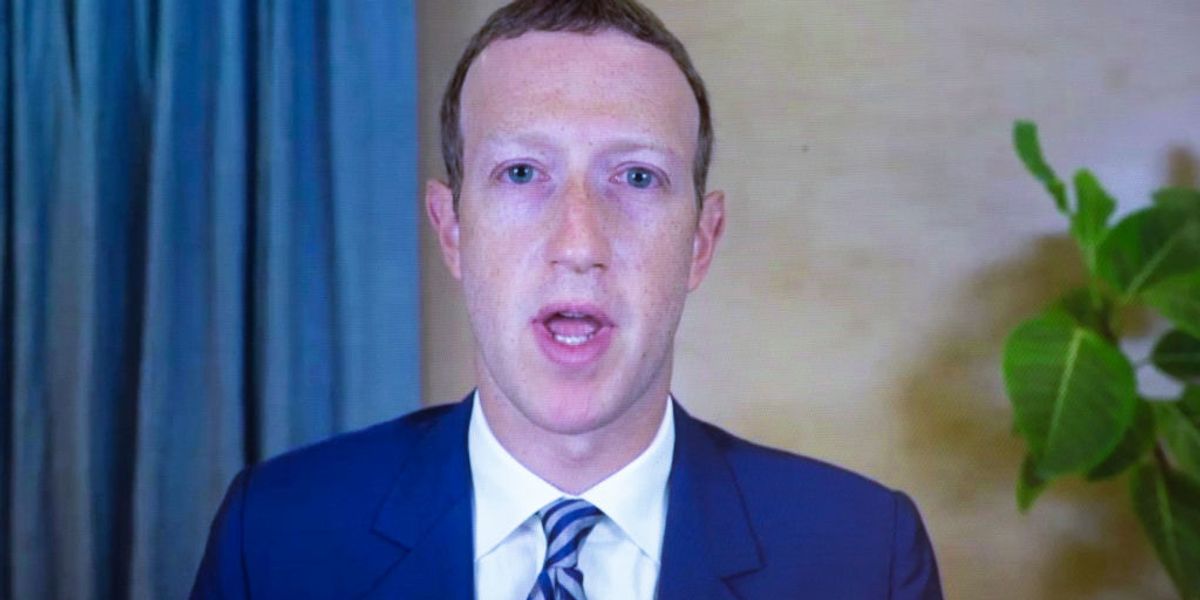 During a period of intense questioning with senators on Wednesday, Facebook CEO Mark Zuckerberg revealed that he was not aware that a person who identifies herself as the person who "leads efforts to ensure election integrity on [Facebook]" was formerly a policy adviser to Democratic presidential nominee Joe Biden.

The exchange, which was held via video conference, came in response to a question from Sen. John Thune (R-S.D.), who was quizzing Zuckerberg about the prevalence of prominent former Democratic staffers in key positions at Facebook.

According to Fox News, Thune asked, "My understanding is that the person that is in charge of election integrity and security at Facebook is a former Joe Biden staffer, is there someone closely associated with President Trump in the same role at Facebook?"

In response, Zuckerberg claimed that he was unaware of the connection, stating, "I think having balance is valuable, and we try to do that. I am not aware of the example of you say of someone in charge of this process who worked for Biden in the past, so we can follow up on that."

While some states have successfully implemented secure mail-in voting after a yearslong process, the United States has never attempted mail-in voting on the scale that is being attempted this year as part of efforts to help people avoid in-person voting due to the coronavirus pandemic. In spite of the fact that mail-in voting in this manner and on this scale has never been attempted before, Facebook announced four weeks ago that it was coming down squarely in the Biden camp and would take action to penalize pages that shared stories questioning the reliability or integrity of mail-in voting.

Makanju's role at Facebook also came under scrutiny after Facebook announced that it would throttle the reach of a New York Post story alleging that Biden's son, Hunter, was trading on the Biden name in a series of shady business dealings with Chinese energy company known as CEFC, which functions as a de facto arm of the communist Chinese government.

At the time Facebook made the decision, many media outlets (including MSN) noted that Makanju told the Washington Post in 2019 that she "listened to the calls and said release of the transcripts would only strengthen Biden's case that he acted properly."

Also, Andy Stone, the Facebook official who announced Facebook's decision to throttle the Post story indicates in his Twitter biography that in the past, he worked for the Democratic House Majority PAC, Democratic Sen. Barbara Boxer (Calif.), the Democratic Congressional Campaign Committee, and Democratic Rep. Jerry McNerney (Calif.).