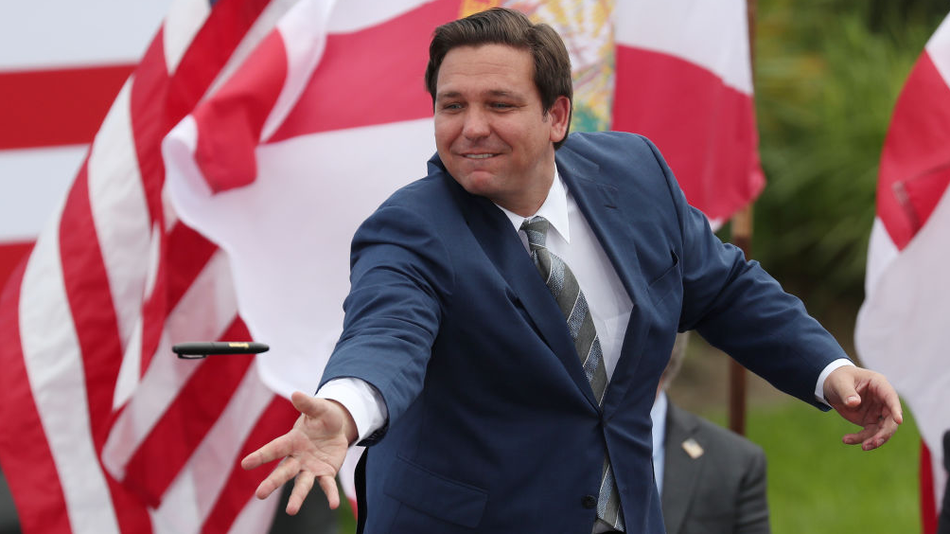 Well, would you look at that: Someone made it slightly more difficult for voter-suppression champion Gov. Ron DeSantis to vote.

The Florida Governor ran into some trouble when he attempted to cast his ballot Monday, reports the local NBC affiliate, and police are pointing the finger at another Florida man. Officials have accused 20-year-old Anthony Steven Guevara, a resident of Naples, Florida, of altering DeSantis' primary residence in the Florida voter database and thereby changing his polling place.

Guevara reportedly changed DeSantis's address to that of an unnamed YouTube star.

This daring feat of chicanery was apparently accomplished by going to the "voter information lookup" section of dos.myflorida.com and entering DeSantis' name and date of birth. We know this, because Guevara allegedly told authorities that's what he did.  Read more...