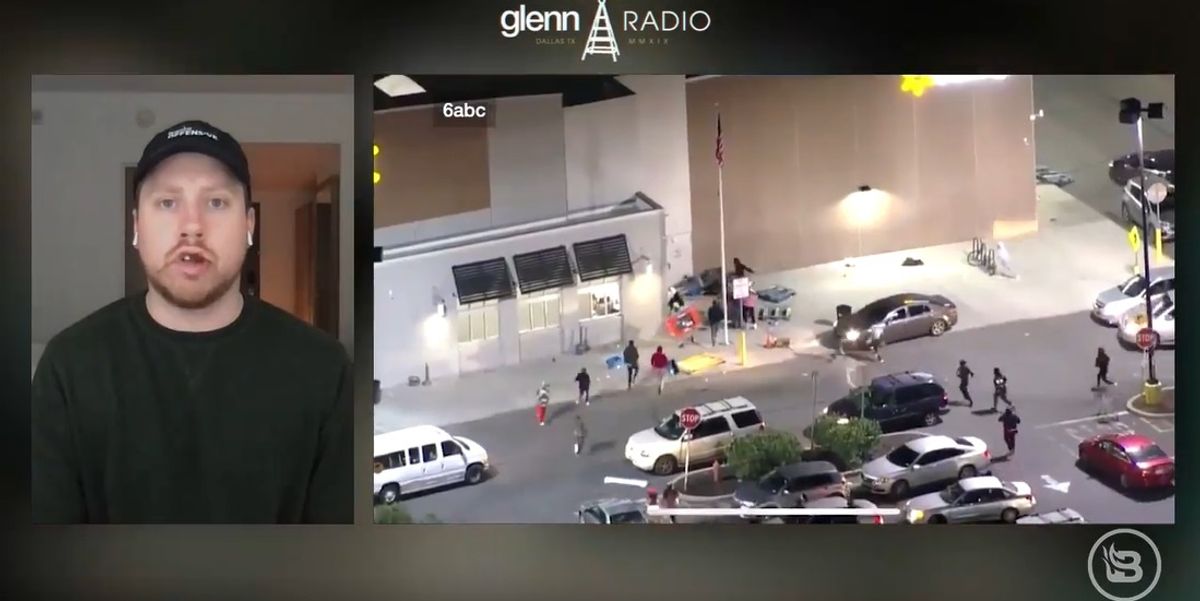 Protests following the fatal police shooting of Walter Wallace Jr quickly devolved into violence, rioting, and looting in Philadelphia, and BlazeTV's Elijah Schaffer was there to document what the mainstream media won't. But while filming the carnage inside a Five Below on Tuesday, Elijah was surrounded and attacked by looters.

Elijah joined Glenn Beck on the radio program Wednesday to detail his experience and to explain why mainstream media efforts to downplay the violence just show that independent media has never been more important.

"Unfortunately, [the attack] escalated from one person to about a dozen very quickly," Elijah explained. "I'm actually really happy to be alive. Because in that same shopping center, right there, there was a 15-year-old girl who was shot, according to reports. And I heard multiple gunshots throughout the night. Another individual is reported to have heard a gunshot as well, so we try to confirm. I watched people get pummeled beyond belief."

Glenn asked Elijah to respond to mainstream media claims that conservatives are exaggerating the looting and violence in Philadelphia.

"It's so funny to hear people that aren't there try to counter what we're reporting," Elijah replied.

Watch the video below to catch more of the conversation:

Subscribe to BlazeTV today with our BEST DEAL EVER for $30 off with promo code GLENN.