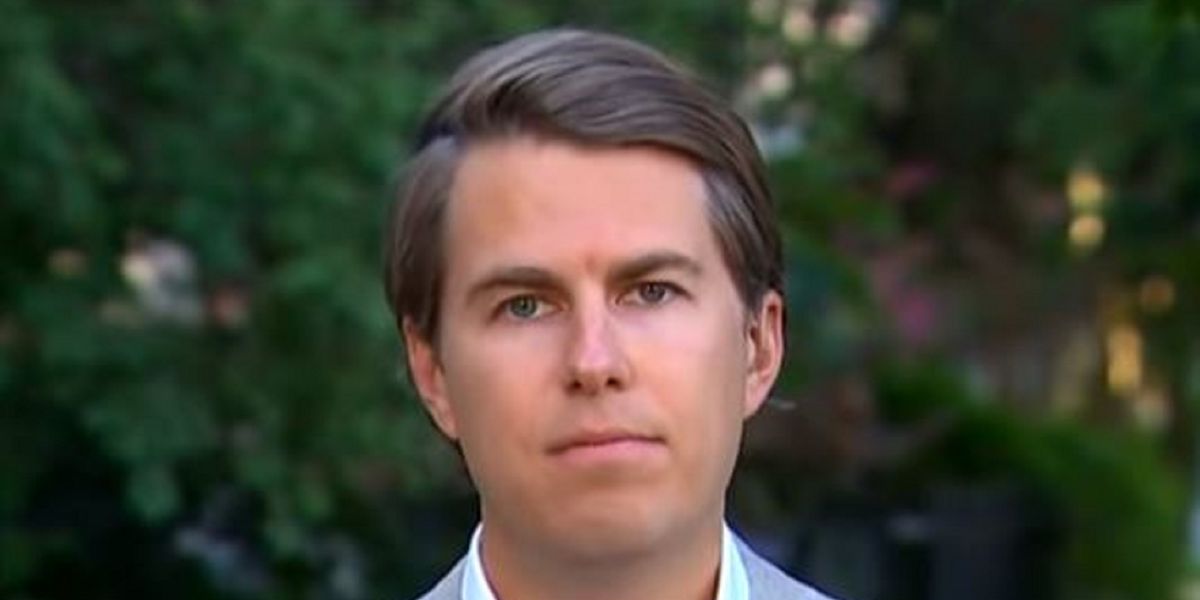 Taylor, now a contributor at CNN, recently denied to his current employer on multiple occasions that he was "Anonymous."

In 2018, the New York Times published a scathing op-ed from an "anonymous" senior Trump administration official, that lambasted the president's character from the perspective of an insider. The piece was given enormous attention in the press, and the "anonymous" author then published a book titled "A Warning" the next year, which promised to pull "back the curtain even further."

The author promised to eventually reveal their identity. Meanwhile, the book hit the number one spots on both the New York Times and Wall Street Journal bestseller lists.

Now, Taylor says he is "Anonymous," revealing in a statement that he penned both works, arguing, "Issuing my critiques without attribution forced the President to answer them directly on their merits or not at all, rather than creating distractions through petty insults and name-calling. I wanted the attention to be on the arguments themselves."

The Hill noted that "Taylor has been public about his criticism of Trump for months, and even endorsed Democratic presidential nominee Joe Biden earlier this year." The outlet also pointed out that "he served in the Department of Homeland Security from 2017-2019, a stint that included time as chief of staff to former DHS Secretary Kirstjen Nielsen."

After Taylor left the Trump administration, he joined CNN. Network host Anderson Cooper asked Taylor on air in August if he was aware of who "Anonymous" is, and he answered, "I am not. Look, that was a parlor game that happened in Washington, D.C., of a lot of folks trying to think of who that might be. I've got my own thoughts about who that might be..."

Cooper then asked directly, "You're not anonymous?"

"I wear a mask for two reasons, Anderson," Taylor replied, "Halloweens and pandemics. So, no."

After Taylor's revelation on Wednesday, fellow CNN employee Josh Campbell tweeted, "I asked Miles Taylor back on August 17 if he was 'Anonymous.' Rather than declining to comment, he said: 'No. Sorry to disappoint. You weren't the first though today!'"

I asked Miles Taylor back on August 17 if he was "Anonymous." Rather than declining to comment, he said: "No. Sorry… https://t.co/twrn7tiOhF

A Washington Post media critic tweeted Wednesday afternoon, "A CNN spox just told me that Miles Taylor will remain a contributor despite lying to Anderson Cooper. CNN cannot have it both ways -- slamming Trump for his lies, yet condoning a very big and blatant one by its own contributor."

Following Taylor's announcement, several critics hit out at the New York Times for misleading readers by giving the impression that "Anonymous" was a "senior administration official." Axios reporter Jonathan Swan tweeted, "I also didn't realize the definition of 'senior administration official' could be *this* expansive. Wasn't even an agency chief of staff at the time the op-ed ran."

Steve Krakauer, executive producer of Megyn Kelly's podcast, tweeted, "Let's be perfectly clear - the ONLY reason the New York Times would grant a middle level staffer who no one in the world had heard of anonymity to write that column is because they wanted to deceive readers into thinking it was someone of significantly more prominence."

Taylor was also torched by the left and the right following his unmasking.

"President Trump is focused on leading the great American comeback and keeping his promises to the American people. This low-level, disgruntled former staffer is a liar and a coward who chose anonymity over action and leaking over leading. He was ineffective and incompetent during his time as DHS Chief of Staff which is why he was promptly fired after only serving in this role for a matter of weeks. It is appalling a low-ranking official would be granted anonymity and it is clear the New York Times is doing the bidding of Never-Trumpers and Democrats. The American people elected President Trump to carry out his vision for the country, not an arrogant deep state operative trying to put their agenda ahead of the President's America First policies."