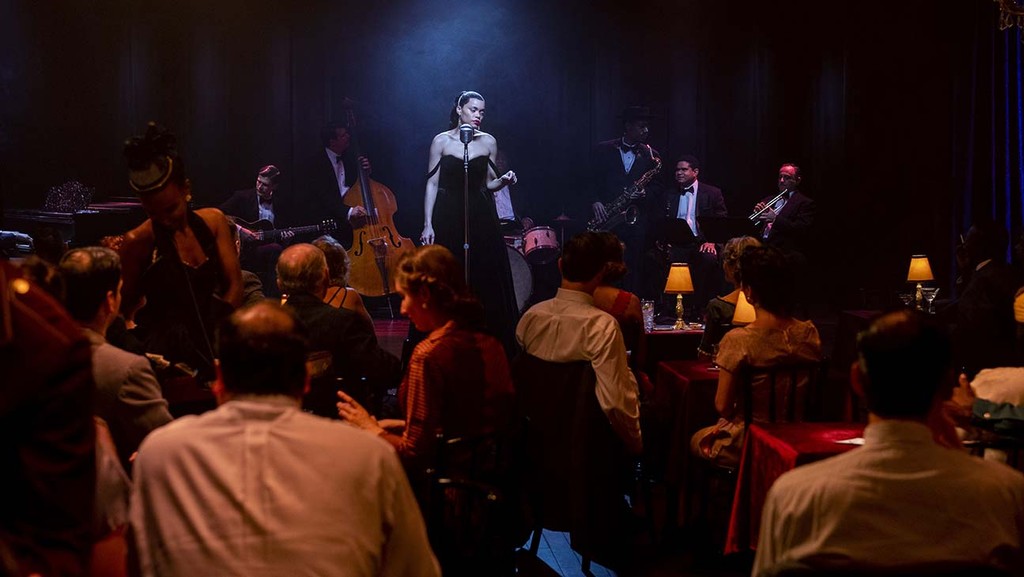 In the film starring Andra Day, Daniels tracks the FBI’s fear of the power of 'Strange Fruit': "The government saw that song as a threat and she was a target. That's history and they keep it from us."

On a list of Civil Rights movement leaders, few people would think to name Billie Holiday. But in his new movie, The United States vs Billie Holiday, starring Andra Day, Lee Daniels shines a light on that facet of the jazz singer’s story, in which Holiday’s 1939 song about lynching, "Strange Fruit," made her a target of the FBI.

Playwright and screenwriter Suzan-Lori Parks adapted The United States vs Billie Holiday from Johan Hari’s 2015 book about the war on drugs, Chasing the Scream, and the film, which will debut on Hulu in February, depicts the U.S. government’s pursuit of Holiday for her heroin use in the context of the FBI’s efforts to suppress her performance of "Strange Fruit," which the government feared would galvanize the anger of Black Americans.

Day, in her first significant acting role, appears opposite Trevante Rhodes, who plays a mysterious figure who surfaces backstage one night and turns out to have more complicated motivations than those of a mere fan. Garrett Hedlund is Harry Anslinger, the leader of the FBI’s anti-drug efforts, who is targeting Holiday, and Natasha Lyonne (as Tallulah Bankhead) and Da’Vine Joy Randolph are women in Holiday’s vibrant circle of friends and lovers.

For Daniels, who collected best picture and best director Oscar nominations for his 2009 film Precious: Based on the Novel "Push" by Sapphire, and who produced 2001’s Monster’s Ball,  the 1972 Diana Ross/Billie Dee Williams film about Billie Holiday, Lady Sings the Blues, had been formative. "At 13 years old, I saw [Lady Sings the Blues] in Philadelphia and I saw two black people in love, Diana Ross and Billy Dee Williams," says Daniels, now 61. "They were beautiful, stunning. That fashion was fabulous. It was everything that I grew up about as an inner city kid in Philly, except it was in Harlem and it just reeked of my life. I had never seen anything like it ever. That was the reason why I ended up directing, which is weird because I ended up directing her story, but it wasn't a story. It was a lie. It was make believe." Where the 1972 film was a romanticized portrait of Holiday’s relationship with her fourth husband and road manager, Louis McKay, who retained control of her estate, Daniels says, "I really wanted to show black love that we don't see very often—it’s flawed and messy, yet, it's beautiful."

Before he started on his film, Daniels says he called Motown record label founder Berry Gordy, who produced Lady Sings the Blues, to ask permission—and got it. "I don't think I would have done the movie if he said, don't do it," Daniels says.

Early on several people, including Daniels' manager and agents urged him to consider Day for the role, but he was resistant. "I don't like being pressured into anything," he says. But he took a meeting with Day "and she was enchanting and she did embody the spirit of Billie," Daniels says. "I sent her to an acting coach because she had not acted before. And the acting coach, on the fly, turned her iPhone on and showed me her prepping and getting into character. Just from that 30 seconds of video footage, I saw Billie Holiday without question. The game was up. There was no acting. There was just being." Day later sang Strange Fruit in a formal audition for Daniels, and her casting was sealed.