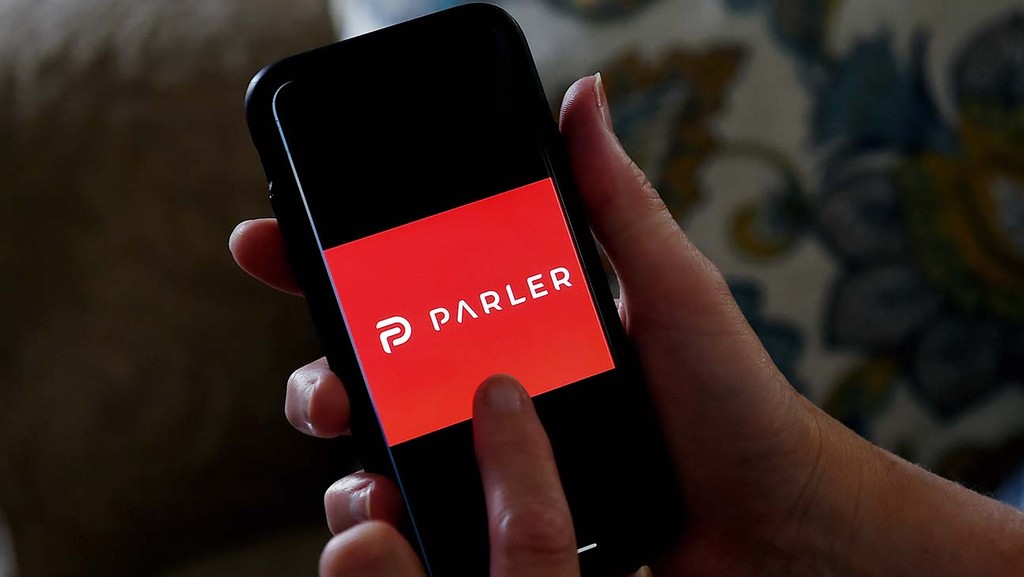 In the latest round of an ongoing feud between conservatives and the tech industry's biggest companies, Parler claims Amazon Web Services is conspiring with Twitter to quash potential competitors and that's why the web giant decided to terminate the right-wing social media platform's cloud service.

The move came after a mob on Jan. 6 stormed and vandalized the Capitol and threatened government officials, including members of Congress and Vice President Mike Pence. It's been widely reported that individuals involved in the incident used Parler, along with other message boards and social media sites, to coordinate their efforts. Twitter responded to the events by removing scores of accounts that pushed QAnon conspiracy theories, including president Donald Trump's former national security advisor Michael Flynn.

In a letter from the AWS Trust & Safety Team to Parler, which was obtained by Buzzfeed, the tech giant told the social media site it had reported 98 examples of posts that "clearly encourage and incite violence" over the past several weeks. AWS said the site doesn't have a strong policy or procedure for the moderation of such content and it would suspend service because Parler "cannot comply with our terms of service and poses a very real risk to public safety."

Parler's CEO Jim Matze ripped the decisions as an attempt to "completely remove free speech" from the internet. Of course, free speech only prevents the government from limiting speech, not private companies. And it's important to note that, even if it did apply, incitement to "imminent lawless action" isn't protected by the First Amendment.

On Monday, Parler sued Amazon Web Services and filed a motion for a temporary restraining order that would prevent AWS from terminating its service, though it was filed a day after the site went dark. It feels it's being unfairly censored at a time when demand for its service was reaching a fever pitch and that similar conduct on Twitter isn't being equally punished.

"AWS provides online hosting services to both Parler and Twitter, Parler’s direct competitor," writes attorney David J. Groesbeck in the TRO. "The complaint further shows that, by shutting down Parler for content comparable to that found in abundance on Twitter, AWS suppresses a smaller but surging microblogging company to the direct benefit of a larger one — a major customer of AWS — thereby reducing competition and severely restraining commerce on pretextual grounds."

Twitter on Friday announced it was permanently banning Donald Trump after he ignored its warning and continued to post tweets that the site believes would incite more violence like that seen in the attack on the Capitol. Parler says that announcement boosted downloads of its app and it expected even more growth as conservative media personalities and politicians indicated they'd be moving over to its site. "Speculation began to mount that President Trump would likewise move to Parler," writes Groesbeck in the complaint. "Given the close to 90 million followers the President had on Twitter, this would be an astronomical boon to Parley [sic] and a heavy blow to Twitter."

But, instead of being able to capitalize on the opportunity, Parler says AWS dealt it a "death blow." Parler says the code behind its apps and website were specifically written for AWS and in order to switch to another provider it would have to rewrite that code and would "be offline for a financially devastating period." Plus, the site says it hasn't been able to find another host because it's been deemed a "pariah."

Parler is suing for violation of Section 1 of the Sherman Antitrust Act (illegal restraint of trade), breach of contract and tortious interference with a contract or business expectancy.

An AWS spokesperson on Monday sent The Hollywood Reporter this statement in response to the complaint:

“There is no merit to these claims. AWS provides technology and services to customers across the political spectrum, and we respect Parler’s right to determine for itself what content it will allow. However, it is clear that there is significant content on Parler that encourages and incites violence against others, and that Parler is unable or unwilling to promptly identify and remove this content, which is a violation of our terms of service. We made our concerns known to Parler over a number of weeks and during that time we saw a significant increase in this type of dangerous content, not a decrease, which led to our suspension of their services Sunday evening.”

U.S. District Judge Barbara Jacobs Rothstein noted that AWS hasn't yet been served with the complaint or the TRO motion and ordered Parler to serve AWS by 5 p.m. PT. Assuming that happens, AWS will have until 5 p.m. on Tuesday to respond and Parler will have until noon on Wednesday to file its reply.

Parler was also booted from the Apple app store and Google Play, which prevents new users from downloading the app, but so far the site has not sued those companies.