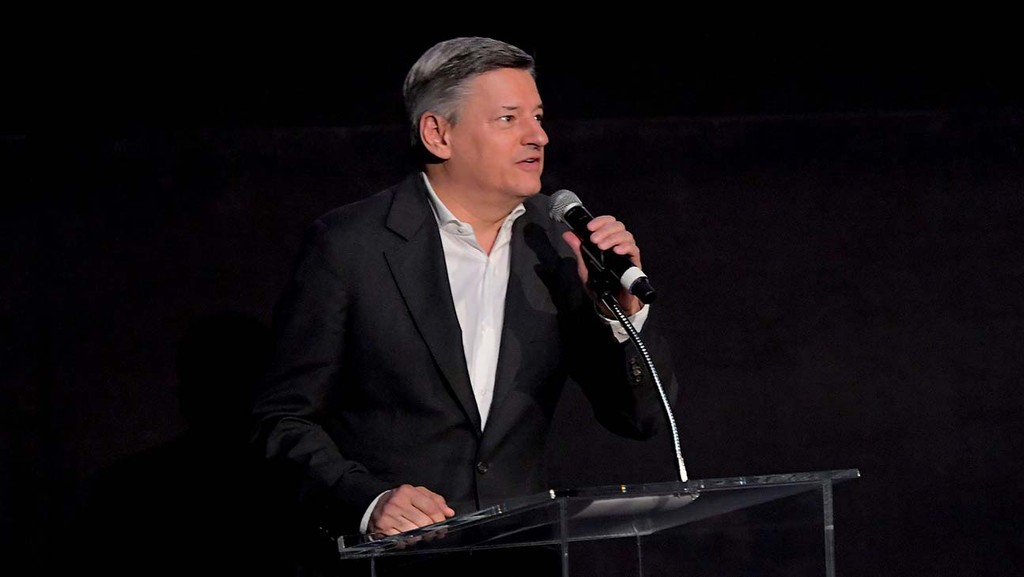 Management of the streaming giant forecast 6 million net subscriber additions in the final quarter of 2020.

All eyes on are on Netflix. When the streaming giant reports its fourth-quarter subscriber and financial results after the stock market close on Jan. 19, Hollywood and Wall Street will pay close attention to see how the company wrapped up 2020, a year that brought big first-half gains thanks to stay-at-home orders in many countries due to the coronavirus pandemic.

Going into Netflix's business update, Wall Street experts have once again shared and fine-tuned their forecasts and agreed at least on one thing: that investors have entered 2021 with some skepticism given they don't expect the streamer to be able to replicate the strong growth seen in the early days of the pandemic and it has introduced price increases in key markets.

That said, Morgan Stanley analyst Benjamin Swinburne on Friday reiterated his "overweight" rating on the stock with a $650 price target. "In a twist, Netflix shares look cheap" and have 30 percent upside, he argued. "Despite benefiting from the impact of COVID on the consumer, Netflix shares have actually de-rated from pre-COVID levels" and now trade "at a similar price/earnings [ratio] to Disney on our estimated 2023 earnings per share."

Cowen analyst John Blackledge, who has an "outperform" rating on Netflix's stock, in a Jan. 7 forecast report still boosted his stock price target by $25 to $650, arguing: "We expect paid net adds to come in above guide, helped by ongoing shutdowns and seasonal strength."

He predicted the U.S. and Canada would see a net subscriber gain of more than 1.1 million in the latest period, up from 548,000 in the fourth quarter of 2019. Total global net subscriber additions will hit 6.345 million, above management's estimate of 6.0 million, but below the nearly 8.8 million in the year-ago period, he suggested.

And he highlighted another positive. "Of note, Netflix is expected to once again be competitive in the prestige awards season, with a slate that includes Prom (starring Meryl Streep), Mank (directed by Oscar nominee David Fincher), and Ma Rainey's Black Bottom, among several others," Blackledge wrote.

BMO Capital Markets analyst Daniel Salmon, who has an "outperform" rating and $700 price target on Netflix's stock, in a Thursday report also expressed bullishness, highlighting that the stock remains his top pick "in the face of skeptical near-term sentiment."

While recent price increases "may slow the subscriber growth somewhat, we do not anticipate similar level of churns as in 2019 and think total subs can surprise to the upside in 2021," he added. For the fourth quarter, Salmon forecasts 625,000 user gains in the U.S. and Canada and more than 6.1 million globally.

J.P. Morgan's Doug Anmuth, who has an "overweight" rating on Netflix shares with a price target of $628, expects the company will meet its target of 6 million net subscriber additions in the final quarter of 2020, but noted that some of his peers project more.

While he called investor sentiment "muted due to anticipated year-over-year declines in net adds in 2021, increased competition and lingering concerns around production and the content slate," Anmuth reiterated his bullish stance on the stock: "We expect Netflix to continue benefiting from the global proliferation pf internet-connected devices and increasing consumer preference for on-demand video consumption over the internet, with Netflix approaching 300 million global paid subs by 2024."

Meanwhile, Macquarie Securities analyst Tim Nollen reiterated his "neutral" rating and $500 price target on Netflix shares on Wednesday, writing in a report: "We expect Netflix to hit its sub guidance of 6 million net adds, while continuing to raise average revenue per user," which would bring 2020 user gains to 34 million, "or 20 percent growth, after 2.2 million in the third quarter, but 26 million in the first half."

For 2021, Nollen forecasts "a slowdown in the rate of growth, modeling 26.7 million sub adds, 2.2 million of which will be in the U.S., for 13 percent total growth." He highlighted though: "We believe streaming services saw ongoing strength in general through the fourth quarter, which with COVID still rising will continue into the first quarter of 2021."

Nollen explained his cautious stance on the stock, writing: "As outstanding a company as Netflix is, in our view, we expect key metrics will slow in 2021."

Wedbush Securities analyst Michael Pachter remains of the biggest Wall Street bears on Netflix. On Thursday, he maintained his "underperform" rating with a $235 price target, well below Wednesday's closing price of $508.80.

"Netflix’s inability to produce content during COVID accelerated its path to generating free cash flow," he wrote. "We modeled fiscal year 2020 free cash flow of $2 billion, in line with guidance, and [a] 2021 free cash flow loss of $1 billion, versus guidance of minus $1 billion to breakeven." He then expects the firm to reach free cash flow breakeven in 2022. But the title of his report expressed how he feels about that: "On the path toward sustainable free cash flow? Still overvalued."

And Pachter argued: "Netflix recently announced its 2021 original films, with enough content to release at least one new original movie every week. This is an ambitious and costly goal, particularly as the service is touting its A-list-driven content."

Netflix management commentary on content is always welcome by analysts. But Wall Street will this time also keep eyes and ears out for any color from co-CEOs Reed Hastings and Ted Sarandos on the subscriber impact of recent Netflix price hikes.

"After very little pricing activity in 2020, evidence is growing that we will see widespread pricing increases in 2021," Bernstein analyst Todd Juenger wrote in a recent report. "In the [fourth] quarter, we witnessed implementation of two significant price hikes: the previously announced increases in U.S. and Canada, and an increase in Ireland, bringing its pricing in line with Austria. To us, Austria and Ireland seem to be serving as 'trial markets,' leading indicators of future broader increases across Europe, similar to the pattern we've seen with Canada, ahead of the U.S.. After the quarter closed, Netflix announced a price increase in another major market – the U.K."

Juenger, who has an "outperform" rating and $591 price target on the stock, explained that Netflix "always characterizes their approach to price as seeking to earn the right to raise price by earning engagement from their members, and always seeking to make sure the value perceived by members far exceeds the price they are asked to pay. On that basis, it's hard to argue that Netflix hasn't earned the right to raise price by $1/$2."

However, he also noted that "the near-term bear case on the stock is that there will inevitably be some degree of additional churn accompanying any price increase, right at a time when subs growth was already facing very tough comps from the first half of 2020."

Nollen similarly argued that Netflix has the ability to raise prices due to its "industry-leading value for money." And he offered some math: "We estimate Netflix has by far the most shows with an IMDb rating of 5-plus (265, triple those of number 2 Hulu). Comparing this and its dozens of high-quality films (based on IMDb rating of 7.5-plus) makes Netflix at $14 per month worth about 5 cents per title, also triple the value of the number 2 over-the-top service, Amazon Prime."

Concluded the analyst: "This can keep churn steady despite rising competition from both subscription VOD (more widely distributed HBO Max, Peacock and new Discovery+) and advertising VOD (Roku Channel doubled its household reach year-over-year in the fourth quarter; Tubi, PlutoTV and others are also growing fast)."

And Blackledge highlighted the results of a proprietary survey, saying it "suggests U.S. pricing power continues to rise."