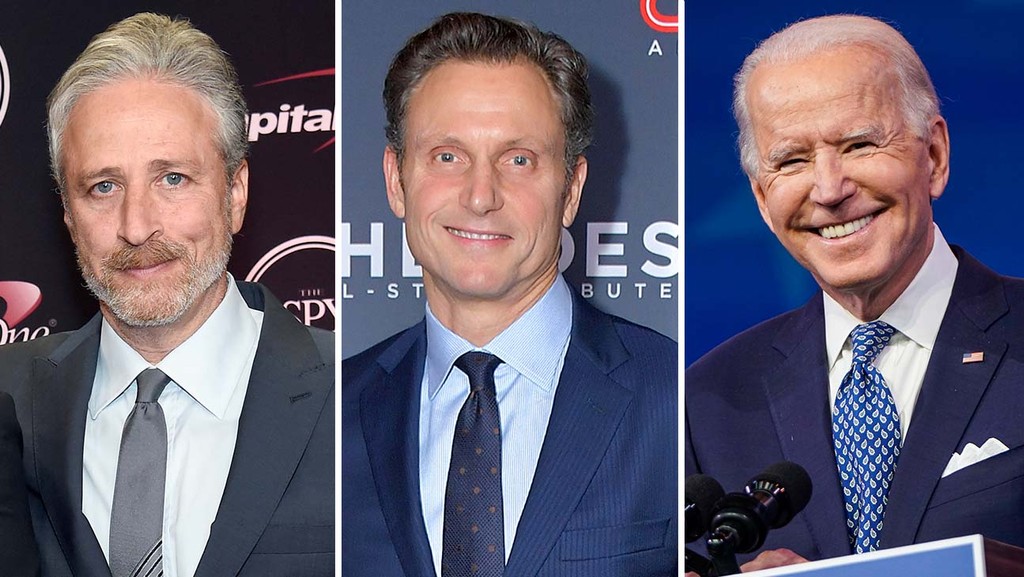 The 'Scandal' star will host the parade, while the former 'Daily Show' host will make a rare appearance. In addition, the band New Radicals will reunite after 22 years for a performance.

President-elect Joe Biden and Vice President-elect Kamala Harris' Presidential Inauguration Committee has revealed the list of participants in its "Parade Across America" scheduled for Wednesday afternoon. The virtual parade will be held in lieu of the traditional parade through Washington D.C. leading to the White House.

The event will be hosted by actor, director and producer Tony Goldwyn (Sandal, Nixon), and will feature a rare appearance from former Daily Show host Jon Stewart.

Other participants include the alt-rock band New Radicals, who will reunite after 22 years for the parade; Olympic athletes Nathan Chen, Allyson Felix and Katie Ledecky; "DJ Cassidy's Pass The Mic"; and Nathan Apodaca, who went viral on TikTok last year after recording himself skateboarding and drinking Ocean Spray cranberry juice while the Fleetwood Mac classic "Dreams" played.

Marching bands, dance and performance troupes and honor guards will also make appearances during the virtual parade, as will "heroes in communities across the country," representing all 56 U.S. states and territories.

“As a nation, we are strengthened by our respect for one another," said PIC CEO and president of Delaware State University, Tony Allen, in a statement. "By lifting up voices from all walks of life, in every corner of our country, we want the first moments of the Biden-Harris Administration to be a celebration of an inclusive, resilient united America."