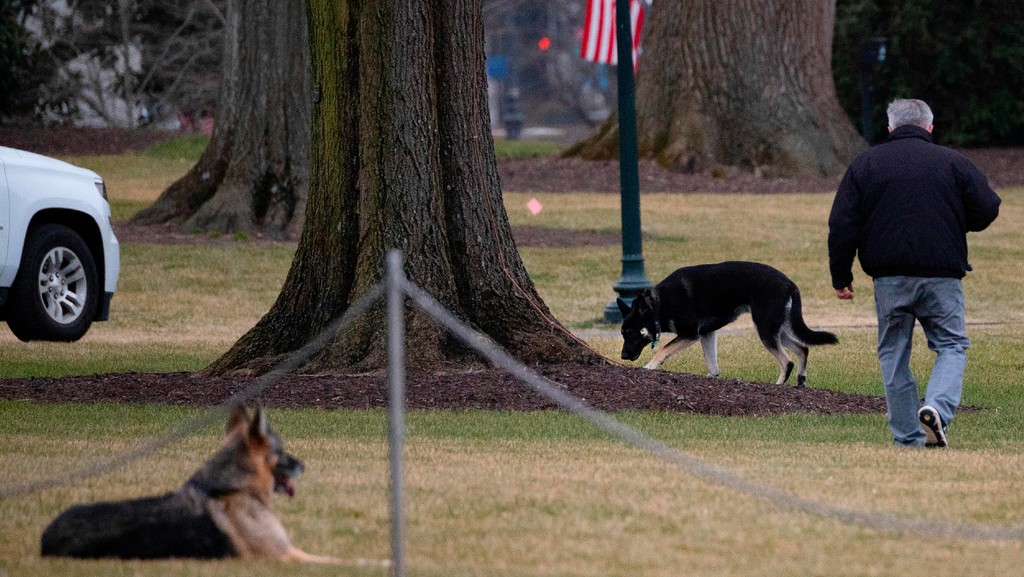 "This is a 12-year old German Shepherd - a senior dog. And you’re insulting his APPEARANCE? He’s in better shape than any of you - and smarter than all of you combined," said Keith Olbermann.

Newsmax host Greg Kelly and his guests felt the wrath of Twitter users and even another network news program after they randomly mocked President Biden’s dog, Champ, on Friday.

“Did you see the dog?” Kelly asked on his show, referring to Champ, the Bidens' 12-year old German Shepherd. “Doesn’t he look a little, uh, a little rough? I love dogs, but this dog needs a bath and a comb and all kinds of love and care. I’ve never seen a dog in the White House like this.”

Kelly's guests also took shots at Champ while on the conservative website's show. Their random attacks did not go over well; social media users were quick to respond, such as Keith Olbermann.

"Quick message to @gregkellyusa @newsmax @CraigSmpa and @DougWead: Fuck You. This is a 12-year old German Shepherd - a senior dog. And you’re insulting his APPEARANCE? He’s in better shape than any of you - and smarter than all of you combined," Olbermann wrote.

Brian Williams, host of MSNBC's The 11th Hour, also took shots at Newsmax for the Champ segment. “Think of it this way: If Champ were to meet Greg Kelly, he would probably love Greg Kelly unconditionally,” Williams said in part. “That’s what dogs do. Probably also why there are no dogs anchoring Newsmax.”

Champ and Major, both German Shepherds, are beloved by fans of the First family. Major is the first shelter dog to live in the White House. The previous president had no pets at the White House.