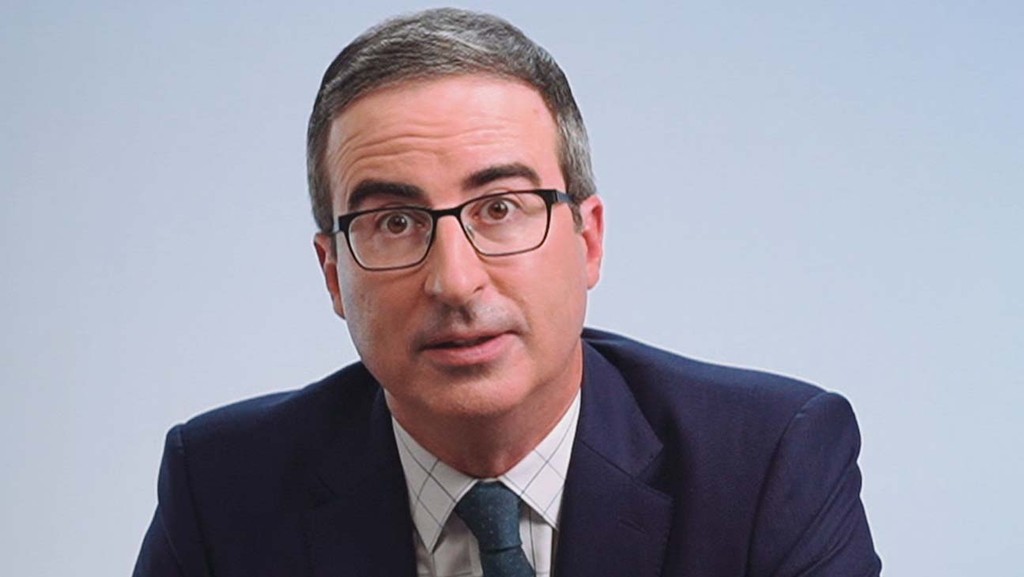 The senator "blamed his preteen daughters for the trip, saying they had asked him to go, and 'I was trying to be a dad,' because the first rule of fatherhood is throw your daughters under the bus at the first opportunity," Oliver said.

John Oliver devoted his opening segment on Sunday's Last Week Tonight to the winter storm that has wreaked havoc across the Midwest, most notably Texas.

Unusually cold and icy weather that hit the state last week has left millions of Texans without electricity and clean water, with dozens of deaths as a result.

Amid the crisis, Texas Sen. Ted Cruz took a flight to Cancun with his family on Wednesday.

Calling it "the saga of Ted Fucking Cruz," Oliver noted that, following backlash, Cruz flew back to the U.S. the next day and called the trip a "mistake." He said his daughters had asked to take the trip with some friends, and he wanted to be a "good dad."

Oliver said that Cruz "blamed his preteen daughters for the trip, saying they had asked him to go, and 'I was trying to be a dad,' because the first rule of fatherhood is throw your daughters under the bus at the first opportunity."

Oliver noted that a leaked group text chat between Cruz's wife, Heidi, and some friends showed her suggesting the idea of the vacation, inviting others to join the family at the Ritz-Carlton in Cancun.

"I mean that's just incredible," Oliver said. "Ted Cruz — who remember, wants to be president — told the world he was bullied into international travel by twins, then got cyber-bullied into coming home by the internet, leaving his wife to solo parent two kids on vacation in another country while trying to figure out who in her mom group doxxed her. It's all amazing."

Oliver then turned to former Texas governor and U.S. secretary of energy Rick Perry, calling him the "ultimate example of self-defeating Texan swagger this week." Specifically, Oliver pointed to Perry's comments that Texas prefer blackouts to federal regulation and would "be without electricity for longer than three days to keep federal government out of their business."

"Oh, fuck off, Rick Perry," Oliver said. "Far be it from me to question the wisdom of a man who failed running for president twice, and who came in 12th on Dancing With the Stars, meaning he lost to Mitt Romney, Donald Trump and Vanilla Ice.”

He ended the segment by admonishing Texan leaders who failed to heed warnings about the possibility of such a scenario happening and by asking viewers to help Texans by donating to feedingtexas.org.