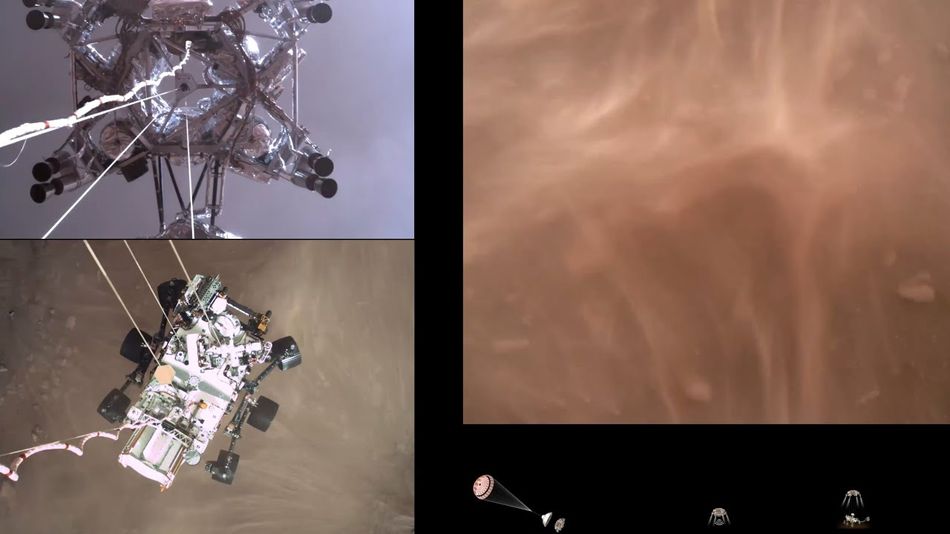 We now have an impressively clear and unprecedented video of NASA's Perseverance rover's intense entry, descent, and landing (EDL) on Mars, just a few days after it landed on the red planet.

The video released during a live NASA press conference on Monday is an incredible, never-before-seen look at a spacecraft landing, including the supersonic parachute opening, the release of the heat shield, a stunning view of the Mars surface as the rover selected its landing site, and a look at the rocket-powered lander lowering the rover on wires. To make it even more exciting, the video includes the commentary and cheering from inside mission control during EDL. Read more...