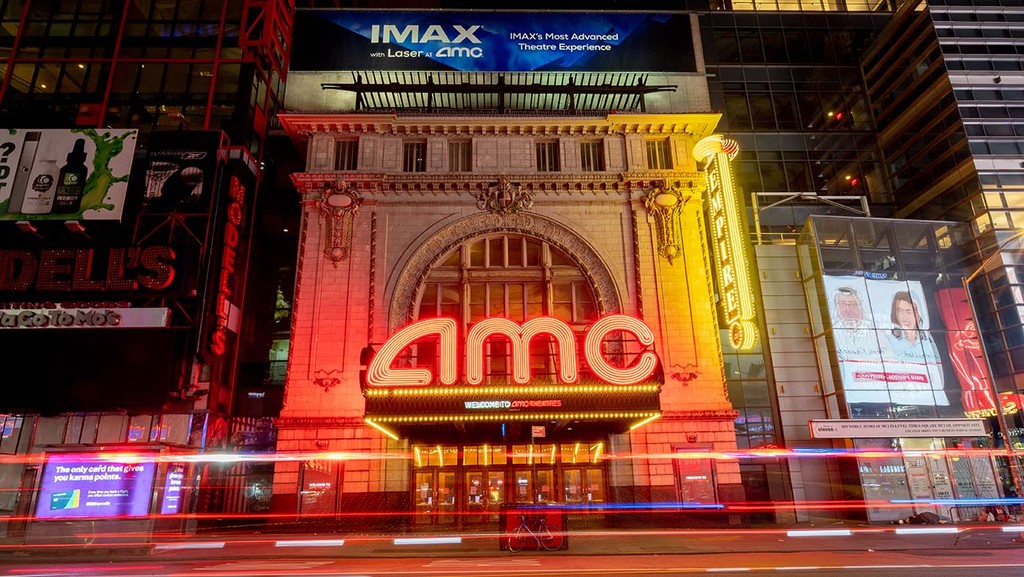 "Consumers want to leave the house and return to the theater," says B. Riley's Eric Wold, wondering if the tentpole's theatrical success could be "possibly an indication that Warner Bros. made the wrong decision" with its hybrid release strategy for its 2021 slate.

The theatrical performance of Godzilla vs. Kong "destroys lingering concerns around theatrical window importance and demonstrates a solid path to resurgence" for cinema operators, B. Riley Securities analyst Eric Wold argued in a report on Monday.

He also upgraded his rating on shares of AMC Theatres from "neutral" to "buy" and raised his price target on them from $7 to $13.

Touting the "impressive" opening-weekend domestic box-office performance for Warner Bros. release Godzilla vs. Kong despite the coronavirus pandemic, the analyst noted that the film's start with $48.5 million compared favorably with Godzilla: King of the Monsters, which had opened to $47.8 million back in May 2019 "with all theaters open and without any capacity restrictions."

In comparison, Wold highlighted that the North American theater base is "only about 60 percent open at this point (including about 93 percent in the U.S. and approximately 24 percent in Canada), with theater capacity restrictions averaging 25-50 percent across the board," concluding: "We feel these results are impressive."

The Wall Street expert added: "We believe consumers want to leave the house and return to the theater, and these results are very telling, especially considering that the movie was available for free to HBO Max subscribers at the same time as the theatrical release."

Wold took that as a sign that domestic moviegoers are the lead of consumers in international markets. "Ever since the re-openings of a handful of overseas exhibition markets last year (e.g. China, Japan, Australia), we have been increasingly optimistic that the strengthening movie-going trends within that market bodes well for the rest of the world as additional markets reopen and new Hollywood content makes it to screens." He added that the fact that Godzilla vs. Kong "outperforming" expectations and the predecessor film despite "severe capacity restrictions" was "a clear indication that consumers want to return to theaters even with the onslaught of streaming options reaching homes."

Wold also suggested that a string of "exclusive theatrical window agreements that have been signed between exhibitors and studios over the past year," including AMC and Cinemark's deals with Universal and Regal's pact with Warner Bros., along with "indications from Paramount that a 45-day exclusive window is preferred" are a "positive indicator that an exclusive theatrical window is both preferred and necessary for a film to be successful."

The analyst even argued that the performance of the tentpole could be "possibly an indication that Warner Bros. made the wrong decision" with its hybrid approach to its 2021 slate, which combines theatrical and digital releases via HBO Max. "We have been adamant that Warner Bros. would change course and pivot to including an exclusive theatrical window for its upcoming film releases," Wold said.

Addressing AMC, he wrote: "We have remained impressed with management’s ability to weather the pandemic headwinds by both strengthening the balance sheet and negotiating with landlords to improve the cash runway into 2022. And as the largest exhibitor in North America that also operates the highest number of premium Imax screens, we view AMC as well positioned to benefit from the industry’s projected resurgence and return to pre-pandemic attendance levels by 2023." With his "only concern and reason for the prior 'neutral' rating" being high levels of debt and the strain this could place on future cash flows, Wold concluded: "With management increasingly signaling the ability and willingness to utilize equity to reduce the debt load, we can now be more constructive on the upside opportunity for the shares."