Mom who blasted Biden after her Marine son was killed in Kabul terror attack invites 'real President' Trump to funeral: 'I love you, and America loves you' 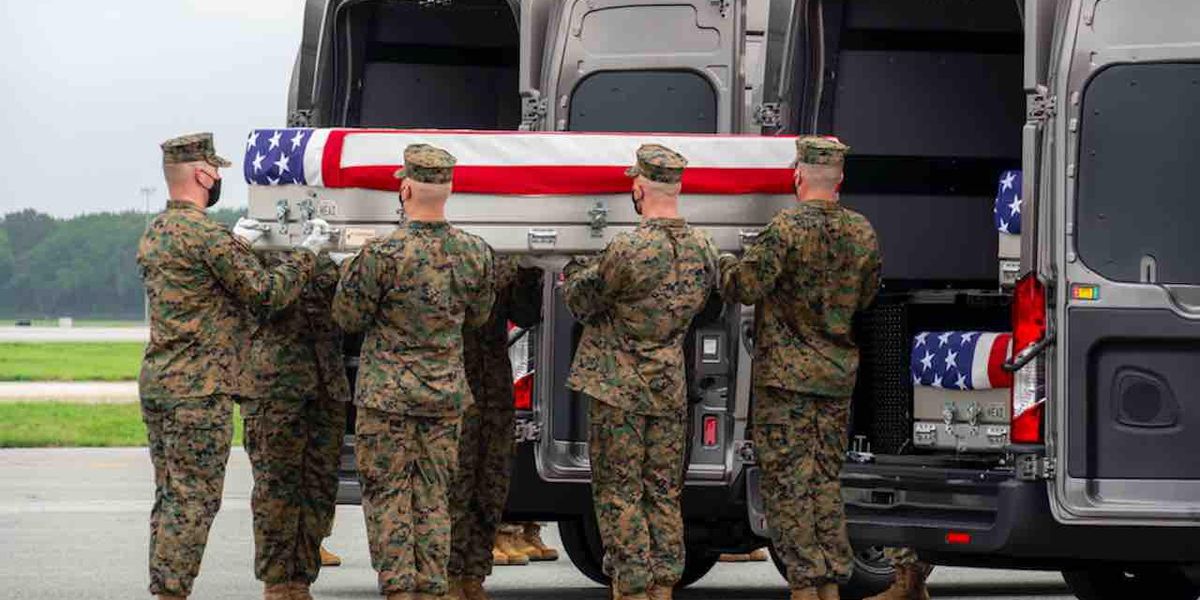 Shana Chappell — the Gold Star mom who alleged President Joe Biden "rolled" his "f***ing eyes" when she confronted him at the dignified transfer of her son, Marine Corps Lance Cpl. Kareem M. Nikoui, who was killed in the Kabul terror attack — invited the "real President" Donald Trump to her son's funeral.

Writing on Facebook last week, Chappell said "I would love if somehow my President (you Mr. Trump) could be present as i lay my Beautiful baby boy Lance Cpl. Kareem Nikoui to rest."

Chappell added, "It would be such an honor to meet the real President of the United States of America, President Trump. I love you, and America loves you."

What was Trump's response?

Trump replied Monday to Chappell on his Save America PAC: "Thank you Shana — our Country loves you and especially loves your beautiful boy, Kareem."

Trump didn't indicate if he would be attending Nikoui's funeral, which is open to the public and scheduled for Sept. 18 at Harvest Christian Fellowship in Riverside, California.

Chappell's Aug. 30 Facebook post ripping Biden following the dignified transfer read, in part: "MY SONS BLOOD IS ON YOUR HANDS!!! All 13 of them, their blood is on your hands!!!! If my President Trump was in his rightful seat then my son and the other [heroes] would still be alive!!!!"

After Chappell's outcry, Trump offered sympathy to her in a statement released through his Save America PAC: "Shana, you are 100% correct. If I were President, your wonderful and beautiful son Kareem would be with you now, and so would the sons and daughters of others, including all of those who died in the vicious Kabul airport attack."

"Civilians should have been brought out first, along with our $85 billion of equipment, with the Military coming out very safely after all was clear. I love you, and I love Kareem," Trump added.

This story has been updated.